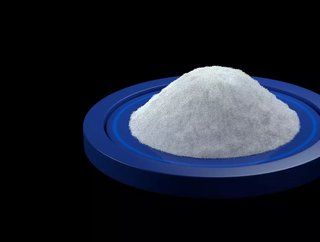 Aerogels are the most insulating materials in existence but current production costs have made thermally efficient and fire safety-compliant products cost prohibitive for the construction sector.

The company is now aiming to scale up production to capitalise on its innovation as the global thermal insulation market is set to boom.

The growth is being driven by net-zero targets mandating better home insulation to reduce CO2 emissions and safety factors including the need to replace cladding on many residential buildings across the UK after legislative changes which followed the Grenfell fire tragedy in 2017.

Investment raised through the CrowdCube campaign will be used to further develop Thermulon’s production processes; grow its advisory team and support its route to commercialisation.

The company will then initially target the UK retrofit market of solid-wall properties, which account for 25% of property building stock which equates to an estimated eight million dwellings. The UK high-rise building market, where combustible materials are banned, will become another key market focus and, longer term, Thermulon aims to extend its offering to the global thermal insulation market.

The company currently operates from labs within Imperial College London under a contract with Imperial College Consultants, which includes support from reaction engineering expert Prof Klaus Hellgardt and access to the university’s leading synthetic chemistry, analytical and process engineering facilities.

Thermulon has secured funding support from a number of bodies including Sustainable Ventures, Sky Ocean Ventures and Innovate UK, which has awarded the company £750,000 in grant funding.

Cryer said through its innovative production methods, it is developing a means of producing an aerogel which is cost-effective, energy efficient and fire resistant. "This is game-changing for the construction industry at a time when there is a major focus on enhancing energy efficiency in buildings and delivering high safety standards within cladding on residential developments," he said.

"Our innovation has also been recognised for its significant potential by organisations including the Royal Society of Chemistry, the Royal Academy of Engineering and a number of grant funding bodies whose support is helping us develop and commercialise our proposition. The CrowdCube fundraise is a further key step in this process which will support Thermulon in bringing its product to the substantial and fast-growing thermal insulation market."

The global aerogel market is expected to reach US$2.52 billion by 2028, registering a CAGR of 15.1% over the forecast period, according to a Grand View Research report.

Within the European Union, 70 percent of energy consumption relates to heating, according to McKinsey, and the majority of existing buildings are not well insulated: out of 245 million dwellings, around 135 million have a low level of insulation, and 85 million of these are heated with fossil fuels.

It states the most significant shifts in heating systems include moving 40% of residential and commercial buildings to heat pumps by 2050 (2% now); 33 percent to district heating (12% now); 15% to biogas or hydrogen boilers (0% now); and 10% to solar thermal as an add-on technology (currently 2%).