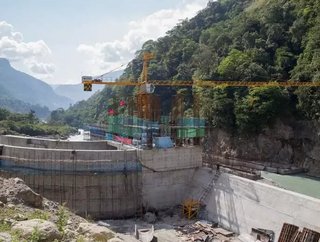 According to Nepal’s foreign ministry, eight developments have been signed off, covering areas such as hydropower, the cement industry and highland food parks.

One agreement, between the Investment Board of Government of Nepal and China’s Huaxin Cement Narayani, aims to generate a cement industry that will produce 3,000 tonnes a day. Huaxin has pledged a $130mn investment for the project.

Another project involves the construction of a 164MW hydropower plant at the  Kaligandaki Gorge, which would work on a build-own-operate-transfer model. A further hydropower plant will be built at Siuri Nyadi, this time a 40MW site on an engineering, procurement, construction and finance model.

Other hydro projects agreed include a 600MW build at Marsyangdi Cascade and a 75MW job at Trishuli Galchhi.

Irrigation is another important focus, with a memorandum of understanding signed for a feasibility study to be conducted on the proposed Eastern Tarai Irrigation System around the Biring, Kamala and Kankai rivers.

A further food production project, costing $46mn, will see the establishment of a highland food park which will supply a variety of fruit and vegetables.

This package of agreements continues China’s heavy investment into Nepal in recent years, which has seen the former already take part in numerous infrastructure enhancements.