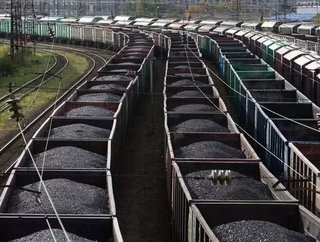 China Railways is close to completing the world’s longest heavy freight line to haul coal from China’s northern mines to its eastern and central pro...

China Railways is close to completing the world’s longest heavy freight line to haul coal from China’s northern mines to its eastern and central provinces.

Almost a decade in the making, the nearly $30bn Haoji Railway will start around the end of this month and eventually haul as much as 200 million tonnes from key producing regions in the north to consumers in the south, reports Bloomberg.

“Coal will remain a dominant source of power in the next 10 years, even though it’s being gradually replaced by new energy,” said Tian Miao, an analyst at Everbright Sun Hung Kai Co. in Beijing.

One of the main reasons for building the nearly 2,000km (1,243-mile) long railway is to ease transportation bottlenecks in the domestic supply chain. China is rich in coal - with its resource concentrated in the northern provinces of Inner Mongolia, Shanxi and Shaanxi - but the distribution is uneven.

The country is mainly served by trains hauling supply from the west to the east, including on the Daqin Railway. Coal is delivered to ports such as Qinhuangdao and Caofeidian before getting dispatched on ships to users in the south.

To improve the efficiency of north-south transportation, China approved the construction of Haoji (previously named Menghua) in 2012, about the time its renewables growth accelerated. The country’s longest coal line will pass through Inner Mongolia, Shanxi, Shaanxi, Henan, Hubei, Hunan and Jiangxi, helping to save time and costs of moving supply over vast distances. The new line is set to cut the 20 days required by the seaborne route to three.

China has made great strides in encouraging alternative fuels, adding the most solar and wind power capacity in the world and mandating minimum levels of green energy use. However, coal still provides about 60% of its energy and it will take years to change that dependence. The nation has also made energy security a priority amid the trade war with the US.