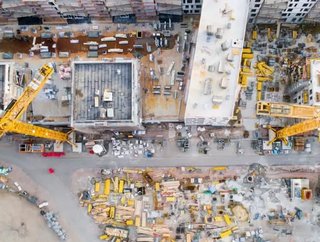 According to findings from the IHS Markit Germany’s purchasing managers’ index (PMI), the nation’s construction activity dropped to 52.7 last mont...

According to findings from the IHS Markit Germany’s purchasing managers’ index (PMI), the nation’s construction activity dropped to 52.7 last month.

This follows the success of an 82-month high reading on the index in January, reaching 59.8.

February’s drop was the lowest in 13 months, yet as it remained above neutral level (50), it continued Germany’s more than three-year continuance of growth.

“January’s spike in construction growth was helped by the unusually mild start to the year, so it was little surprise to see the sector retreat in February as winter weather conditions returned,” commented Phil Smith, IHS Markit Principle Economist.

“At 52.7, the seasonally adjusted PMI was the lowest seen for 13 months, but the underlying trend remained strongly positive, and so did many of the survey’s other indicators.”

“New order growth remained buoyant after having hit its highest for at least 18 years in January, meaning there was sharply rising demand for materials among constructors.”

“Growth looks set to continue in the months ahead, with the survey’s measure of business confidence at its second-highest level since 1999.”

Employment expanded in February as firms aimed to meet rising activity, but at the lowest rate in 12-months.

Last month also saw a surge in the cost of building materials and products, reaching a four month inflation high.