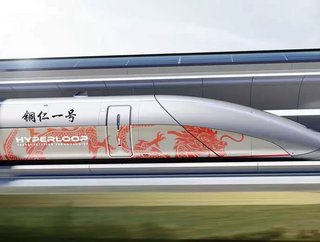 The Chinese state of Guizhou will house the country’s first hyperloop system after an agreement was made between the city of Tongren and Hyperloop Tra...

The Chinese state of Guizhou will house the country’s first hyperloop system after an agreement was made between the city of Tongren and Hyperloop Transportation Technologies.

It is the company’s third commercial deployment following agreements made in Abu Dhabi and Ukraine earlier this year.

In Tongren, a 10km stretch will be built and if successful could lead to a lucrative wider rollout. This has been seen as a significant win for Hyperloop TT over its immediate rival Hyperloop One, backed by Elon Musk and Virgin.

Dirk Ahlborn, CEO of Hyperloop Transportation Technologies, commented: “We envision that Hyperloop will play into a bigger role of the Silk Road Economic Belt, connecting the region to the rest of the world.

“China spends over $300 billion annually on infrastructure to address their rapidly growing urban populations. Having worked alongside our government partners, Hyperloop has proven a viable solution for this immediate problem.

“Additionally, the unique topography of Tongren will allow us to refine our various construction methods with our partners.”

China is already a world leader in terms of the amount invested in the likes of high speed rail.

Over the past five years, the country has invested more than $100bn in transport, leading to the construction of 69 highway projects and 3,500-plus miles of road.

Guizhou's infrastructure boom has enabled the region to see immediate financial benefits, as its imports and exports for 2017 alone were worth more than $8.7bn.

Mayor of Tongren Chen Shaorong added: “After the completion of the project, it will greatly accelerate the research and development of China's hyperloop system, rapidly enhance the development of high-tech industry and equipment manufacturing industry in Guizhou Province, effectively improve the popularity of Tongren city and the development of tourism industry, and laying solid foundation for Tongren 'one district and five places' development.”