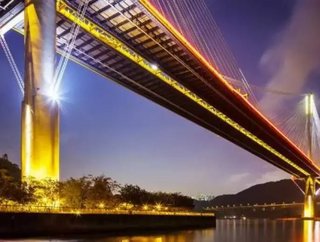 Founded in 1931, Acciona has designed, constructed and engineered a multitude of builds which have strengthened regional infrastructures, boosting touri...

Founded in 1931, Acciona has designed, constructed and engineered a multitude of builds which have strengthened regional infrastructures, boosting tourism and economies in regions in which they are situated.

With the news that Acciona will be constructing the first 27MWp solar plant in Mexico, linking with their sustainable initiatives, alongside their first contract win in Denmark to construct the Frederikssund Link Highway, we take a look at top infrastructure projects Acciona have undertaken, which have provided increased advantages.

Set to complete in 2018, the Toowoomba Highway will provide increase benefits within Queensland, reducing congestion with the construction and design of the bypass highway. The build will provide nearly two thousand jobs and will allow commuters to go around Toowoomba, instead of through the busy city.

24 structures will be built to ensure the highway’s stability, with twelve bridges and three underpasses, which will help alleviate traffic within the area, and enable effective transportation of goods within Queensland

Acciona’s design enabled the company to win the “Best Road Deal for the Asia Pacific’ in 2015.

Completed in 2015, the Rt. Hon. Herb Gray Parkway was the largest infrastructure project to be undertaken within Ontario.

Linking 407 of Ontario with I-75 in Michigan, United States, the 11km highway has enabled the transportation of goods and reduced congestion between the two regions.

Comprising 6-lanes, three in each direction, the build won the ‘National Merit Award for Landscaping and Trail Plan" by the CSLA in Canada.

Linking Arauco Province with the city of Concepcion, Route 160 has boosted the local economy within Chile, providing access to jobs and increased employment, in addition to growing tourism within the region.

With the renovation of current systems amongst the development of new infrastructures at the site, the construction incorporates a toll system and dual carriageway structure.

Set to complete in 2019, the 22km metro line in Quito will strengthen Ecuador’s transport links and infrastructure by incorporating over 10 new stations, enabling over 500,000 commuters to utilise the systems by 2030.

CO2 emissions will be reduced due to the increased use of transport systems within the region.

Although completed back in 1998, the Ting Kau Bridge has provided a multitude of advantages within Hong Kong and has successfully linked Hong Kong International Airport with the rest of the region by crossing the Rambler Channel.

At 1,117 metres, the cable-stayed bridge was constructed and finalised in 44 months and successfully incorporates the increased number which utilise it, in addition to being built to withstand the region’s changeable weather conditions.

Completed in 2007, Bajio Regional Hospital now comprises of over 180 beds, at which the company have built an array of units incorporating a multitude of specialities, providing increased advantages for citizens within the region.