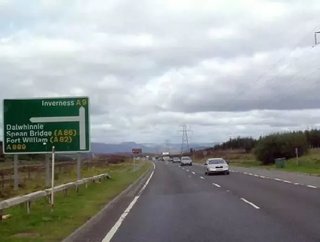 Transport Scotland has awarded the second of three large design contracts for the A9 dualling programme, worth between &pound;40 million and &pound;60 m...

Transport Scotland has awarded the second of three large design contracts for the A9 dualling programme, worth between £40 million and £60 million, to Jacobs Engineering.

The company will dual the 32-mile stretch of the A9 between the Pass of Birnam and Glen Garry, starting work in September on the section of the route nearest to Perth.

This new contract follows the first, awarded in May to a CH2MHill and Fairhurst joint venture, for the 27-mile stretch between Glengarry and Dalraddy.

The third and final design contract to dual the A9 between Dalraddy and Inverness is expected to be awarded by the end of this year.

Transport Minister Keith Brown said: “This second major contract is another step forward for this mammoth project, and underlines our determination to bring forward benefits to road users as soon as we can.

“This multi-million pound investment also complements other work being progressed on the ground to improve the safety and performance of the A9, with the installation of average speed cameras  for implementation this October and ground investigation work is also progressing well on the Kincraig-Dalraddy scheme, which we expect to begin construction in 2015/16.
“Make no mistake, the Scottish Government wants to see improvements delivered as soon as possible and we are doing everything possible to bring forward elements of the scheme. We remain on track to deliver half of the 80 miles of new upgraded road by 2022, with completion expected by 2025.”

The entire dualling scheme for 80 miles of road between Perth and Inverness will cost £3 billion, and is expected to be delivered by 2025.