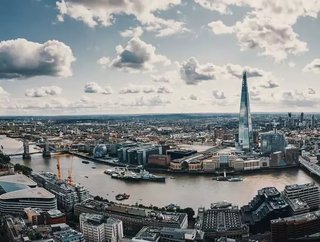 Crossrail, the major rail project that is set to revolutionise travel in London, is '93% complete' according to the government's latest update. The eas...

Crossrail, the major rail project that is set to revolutionise travel in London, is '93% complete' according to the government's latest update.

The east-to-west line has entered the critical testing and commissioning phase with an extra £600mn added to its completion budget, the UK's Rail Miniser Jo Johnson said in a written statement to parliament.

With all core infrastructure components completed in the summer of 2017, the additional funding - which takes the project's complete budget up to £15.4bn - will be divided between Crossrail Limited and Network Rail.

"As with all projects of this nature, there have been a number of engineering and technical challenges that have already been surmounted in order to build the first new railway for a generation, and there will continue to be challenges right up until the final completion of the project," said Johnson.

"The new railway will transform travel in, to, and across London, with the positive economic benefits being felt across the country. Its legacy will continue to support many thousands of jobs, over 1000 apprenticeships and a supply chain that is spread across the length and breadth of the UK."