The longest railways in Europe 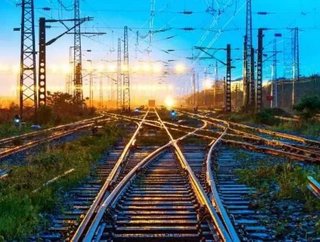 Europe has some of the longest railwayswhich have allowed cities to strengthen their infrastructures and satify an increasedtourist focus. We take a loo...

Europe has some of the longest railways which have allowed cities to strengthen their infrastructures and satify an increased tourist focus. We take a look at several areas which have enabled this growth and enabled them to become popular places to visit and enjoy.

Built in 1998 and fully completed in 2007 at a cost of $1.47 billion, the Copenhagen metro incorporates 34 trains and runs through 21km of Copenhagen and Frederiksberg.

Designed in conjunction with the Giugiaro Design team, the metro links 22 stations with a 300-person capacity, in addition to nine underground stations.

The metro is now being expanded to include a 15.5km city line, Cityringen, which will add an extra 17 underground stations, which is expected to complete in 2019.

The Milan – Bologna High Speed Rail is an essential transport link within Italy. Linking Milan and Bologna, it was built to provide stronger infrastructures and reduce congestion within the region.

Constructed at a cost of $9.1 billion, work originally began in 1997 and officially completed in 2008. It has become part of the European Union's Trans-European high-speed rail network.

In total, the line is 214km long, with 67 trains running per day, providing an efficidnt service to locals and tourists within the area.

Running through the Bernese Alps below the Lötschberg Tunnel, the 34.6km Lötschberg Base Tunnel (LBT) was constructed in order to provide alternate routes for lorries and reduce congestion within the region, becoming popular with both locals and tourists.

It has become the longest rail tunnel in Switzerland and the third longest in the world currently at 34.57km.

The tunnel has successfully allowed increased transport to reach Germany and Italy, with over 100 trains which utilise the LBT per day since completion.

Commencing in 1896, the Budapest Metro is the third oldest railway in the world and oldest remaining electrified underground railway in Europe, after the 1890 City & South London Railway became part of the London Underground.

The metro has since been developed in accordance with Budapest’s growing infrastructure and tourist economy to include four lines, totalling up to 38.6km.

The lines run from the main centre; Vörösmarty tér and Mexikói út, through the city and also across the north-south divide. The newly fourth line will allow commuters to travel south-west, leading to Kelenföld vasútállomás, providing an efficient service throughout the city.

The Barcelona Metro Line 9 is currently under construction and is expected to complete in 2020. The line incorporates two sections, L9 South and L9 North, which are waiting to be linked.

Run by Transports Metropolitans de Barcelona, the line will be 47.8km and will become a central transport link in Barcelona upon completion, crossing all major areas within the region.

The ongoing construction of the Crossrail railway within London will become a central transport link within London, strengthening existing links and connecting with nearby counties to reduce increasing pressures on existing transport systems and the London Underground. It is one of Europe’s biggest construction projects to date.

Connecting central and south-East London with Berkshire, Buckinghamshire and Essex, it will be frequently used by commuters with over 20 trains which will run per hour and is expected to fully complete in 2020.