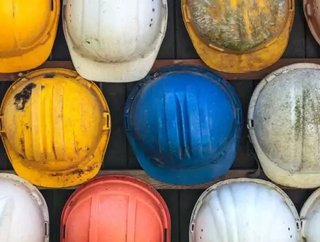 Construction firms added jobs in 39 states from July 2013 to July 2014 and in 34 states from June to July, according to an analysis today of Labor Depar...

Construction firms added jobs in 39 states from July 2013 to July 2014 and in 34 states from June to July, according to an analysis today of Labor Department data by the Associated General Contractors of America.

Association officials said the employment gains are good news, but that the pipeline of skilled craft workers, supervisors and other employees appears to be emptying rapidly.

Ken Simonson, the association's Chief Economist, said: "The overall trend in construction employment has been very consistent in 2014, with more than three-fourths of states adding jobs each month on a year-over-year basis. However, growing numbers of contractors say they are having trouble finding skilled workers or subcontractors that can supply such workers."

The District of Columbia and 11 states shed construction jobs during the past twelve months, with New Jersey again losing the highest percentage and total (-6.5 percent, -8,900 jobs). Other states that lost a high percentage of jobs include West Virginia (-5.8 percent, -2,000 jobs), Mississippi (-5.6 percent, -2,900 jobs) and Arizona (-4.8 percent, -5,900 jobs). Arizona lost the second-highest number of construction jobs during the year, followed by Mississippi, then West Virginia.

Association officials said it is encouraging that a large majority of states added construction jobs for the year and the month. However, they cautioned that construction firms in many parts of the country appear to be experiencing varying amounts of labour shortages. They said that while worker shortages appear most severe in fast-growing states like Colorado and Texas, there is still time for elected officials to act on the association's workforce development suggestions before shortages become more widespread.

View the state employment data by rank and state.