By Paul Payne, Managing Director and Co-Founder of One Way
May 16, 2020
undefined mins 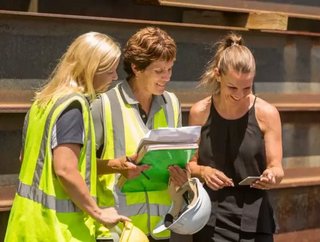 Essentially all industries and sectors in the UK have made some strides in recent years to improve diversity, whether that’s racial, socioeconomic or...

Essentially all industries and sectors in the UK have made some strides in recent years to improve diversity, whether that’s racial, socioeconomic or gender. Indeed, out of the major markets in this country the likes of financial services, energy and technology have all pushed hard to level the playing field.

These industries have enjoyed varying degrees of success in their aims to improve diversity but ultimately the intention has been there. In construction, on the other hand, attempts to create a fairer, more balanced environment are few and far between and the lack of them is beginning to critically impact the industry.

Ultimately, the time for this change is now. Diversity has always been important but for construction it should be an absolute priority. Currently, the sector is playing the Sunderland role rock bottom of the diversity league table and it’s having wider implications than we might think.

As we all know, there are huge shortages plaguing the industry that are only getting worse as the deficit of skilled workers grows ever larger. Put simply, more people leave the industry than join it every year and with an increasing number of projects being given the green light, the talent gap will only increase. Many readers will have struggled to fill vacancies and some may have even seen projects put on hold because of a lack of expertise.

Currently, we’re essentially excluding women from working in the industry which is negligent considering the extent of the shortages. This has been going on for some time now and focusing on hiring more women won’t just provide benefits that have been proven repeatedly in a series of studies, factors like improved decision making and problem solving, but it could also provide a solution for tackling the shortages.

But is diversity actually important? Or is it just nice-to-have, non-essential and basically just an opportunity for some good PR?

Numerous studies have shown the benefits of boosting diversity in all areas. It can give you a wider pool of opinions and experiences and therefore different ways of finding solutions to problems. In gender terms specifically, there’s clear evidence that women can offer improved decision making, calmer heads, better communication and are less inclined to take dangerous risks, can make more profitable decisions and contribute to increased morale. What’s not to like?

The main issue behind the lack of diversity within the industry is culture and it’s hardly surprising considering that it has been developed and built by men. Very little effort has gone into attracting women as it’s historically been a male dominated environment and because that’s the way things have always been done. However, with so much transforming around us at such a rapid rate – many of you will soon have drones, driverless vehicles and robots as colleagues remember – perhaps it’s time for a wider, larger scale change.

But what – in practical terms - can you actually do to find women who are interested in careers in the field but have been put off for various reasons? For one thing, look to speak to schools, colleges or training providers and engage with students and youngsters to promote construction opportunities. And rather than just talking about the same, old tired things, why not focus on the earning potential, the nature of the roles or how being a quantity surveyor, for example, requires almost exactly the same skills as being an accountant. But instead of looking at a completed balance sheet at the end of a project, your work could potentially contribute to the next skyscraper, or infrastructure development that can have an impact on thousands, if not millions of peoples’ lives.

In addition, you should also speak to your existing network and look to highlight women currently working in the industry as potential role models. One of the major factors preventing young women, in particular, from entering the field is the lack of any sort of visible role models. And if they see someone else doing the job, they will know that they can do it. This is exactly what our campaign #GirlsAllowed has looked to do and we’ve already been able to identify a series of leading professionals as potential advocates.

There’s a lot of work needed to reach the level that other industries are at, but ultimately it will be for the greater good. Improving the level of women in the industry isn’t a PR initiative, it doesn’t just make clear business sense, but it can also help to tackle shortages that me and a number of other commentators have been harping on about for months, if not years now. We’re already behind the curve, now’s the time to stop talking and start doing.