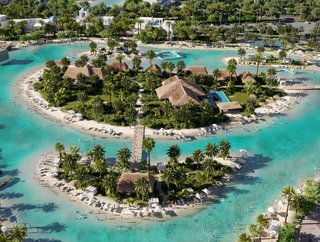 DAMAC Properties, the UAE-based real estate developer, has awarded a contract worth more than US$74.3 million to the China Nuclear Industry 22nd Construction Company, for the main works of the Nice Cluster of its DAMAC Lagoons master community development in Dubailand.

In a statement, the developer said that the scope of work will cover close to 510 villas in the cluster, which will include features such as waterways and fitness arenas. The DAMAC Lagoons project is the developer’s third master development, it added.

The community covers a total area of 43 million square feet. The developer is a Mediterranean-inspired habitat featuring white sandy beaches, a tropical island vibe and other associated experiences, alongside aesthetically designed villas and townhouses built around one million square feet of lagoons.

It is divided into clusters inspired by the Mediterranean, with neighbourhoods such as Malta, Venice, Costa Brava, Portofino and Santorini. The Nice cluster is slated to offer classic French Riviera vibes in Dubai.

Featuring six-bedroom villas and townhouses, along with four-and-five-bedroom layouts, the new residential development aims to be the adventure capital at DAMAC Lagoons, the developer said. The Nice cluster will feature a Youth Hub, as well as bicycle trails and a skate park, while there will be splash pools and a beach area reminiscent of the idyllic French city.

“After our recent contracts awarded for the Costa Brava construction commencement, we are thrilled to be announcing the start of works for the Nice cluster. We are most pleased to be keeping pace with what is one of our most exclusive community projects, given the scale of space and offerings we have in store,” said Mohammed Tahaineh, General Manager of DAMAC.

The water-inspired community, just adjacent to the successful DAMAC Hills community. It is part of DAMAC's portfolio of residential, commercial and leisure developments. The company is rapidly expanding its global footprint with flagship projects in Europe, such as the DAMAC Towers Nine Elms, which is located in the Zone 1 district of London.

Additionally, the company will also be developing its first project in the United States — a condominium project in the upscale Surfside neighbourhood of Miami. Furthermore, the Dubai-based developer already has finished projects across the Middle East and pipelined projects in Canada and the Maldives.