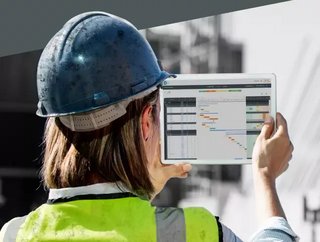 The global construction industry is optimistic, transitioning and digitising - and doing so rapidly, according to InEight's Global Capital Projects Outlook report released today.

Drawing on research conducted with the world’s largest capital project owners and contractor construction professionals across Europe, the Americas and APAC, the report found that despite COVID-19, 89% of European respondents are either fairly or very optimistic about their future, and the same amount believe their organisation to be resilient.

In Europe, digital transformation is considered the biggest short-term source of opportunity according to 69% of respondents – a trend that was echoed across regions (71% global average) – with data analytics, artificial intelligence and machine learning considered most critical for success for the next one to three years.

Just over half (56%) of European respondents say that, in the last three years, the number of projects delivered on or ahead of schedule has increased, while in APAC, that opinion is carried by a higher 61%.

Jake Macholtz, CEO, InEight, said the outlook indicates a European construction sector that is brimming with confidence and optimism, one that has proved itself more than equal to the tremendous challenges it has faced this past year.

“It also points longer term to an industry continuing its digital evolution," he said. "Europe is a particularly interesting region in this regard. A hotspot for early tech adoption, we are now seeing some firms less tantalized by the prospects of greater digital transformation. This tempered enthusiasm though, is with good reason, as they have gained a measure of realism from their previous experience compared to global counterparts. This is coupled with the fallout from COVID-19 continuing to be a risk that is hampering resources."

However, respondents are aware that falling behind on digitisation will mean being potentially outpaced by the competition and despite the challenges faced, investments are still being made, or planned, to take advantage of the benefits advanced technologies have to offer. Lagging digital transformation was cited as the biggest risk to growth in APAC (54%).

While regions gather digital pace at slightly differing speeds, with Europe often neither lagging nor leading its geographical peers, what is a commonality, is that the construction industry is foundational to the success of economies and societies worldwide.

Research by the McKinsey Global Institute shows digital transformation can result in productivity gains of 14 to 15 percent and cost reductions of 4 to 6 percent. But it notes four characteristics - fragmentation, lack of replication, transience and decentralisation - which make digital transformation particularly challenging in the construction industry.

"E&C companies can increase the likelihood that digital technologies will make a positive difference by first identifying operational changes that will improve performance, then defining digital use cases that will enable those operational changes," it notes. "This process-centered approach helps focus each use case on a real business need while suppressing the impulse to chase technology trends."