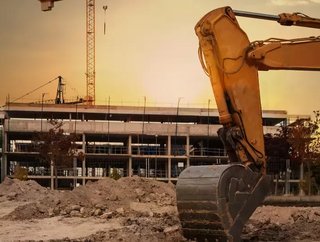 Under planned reforms that have recently been announced by the Australian government, cost will no longer be the determining factor as to whether construction companies win public contracts to deliver major infrastructure projects, construction law experts at Pinsent Masons have said.

“Infrastructure Australia’s vision for 2036 is to have infrastructure that improves the sustainability of the country’s economic, social, environmental and governance settings, builds quality of life for all Australians, and is resilient to shocks and emerging stresses,” it said.

The wide-ranging plan addresses core areas of the country’s construction market, covering energy and transport, through to social infrastructure – a first for an Australian infrastructure plan. Also included in the plan are the water and waste sectors, as well as the digital and telecommunications sectors.

Although more details are still to come, the plan anticipates the development of an integrated transport network across Australia, along with increased participation of businesses and consumers in a smart energy grid, a circular economy for waste, and equitable access to resilient, superfast broadband, among other things.

“In 2021 and beyond, the approach must be more robust. Rather than simply projecting forward the status quo, infrastructure planning must set an ambitious vision for the country. It should anticipate and adapt to change, manage risk and deliver infrastructure that works towards – rather than against – the current and future needs of the community.”

The plan has identified the use of digital technologies and data as being essential to delivering better infrastructure and outcomes for people and businesses. These are considered particularly important for boosting productivity and innovation in the country’s infrastructure sector.

Adam Perl of Pinsent Masons, added: “The inclusion of waste as part of the plan for the first time is an important step in Australia’s transition to a circular economy.”

Furthermore, the plan also recognises the need for a ‘more commercially and financially sustainable infrastructure industry’, highlighting that the current focus of federal and state government procurement agencies on ‘delivering infrastructure for the lowest cost must evolve into a more mature approach that considers value for money and optimum public value”.

Infrastructure Australia has instead recommended that ‘a coordinated project pipeline with a mature approach to procurement and risk management’ be followed.

Tom Heading of Pinsent Masons said: “This is an ambitious and commendable plan. I am particularly encouraged by the plan’s recognition of the importance of a commercially and financially sustainable infrastructure industry and doing away with inappropriate allocations of risk.”

The recommended approach would necessitate a shift away from delivering infrastructure for the lowest cost, and on a project-specific contract with ‘inappropriate apportionment of risk’ the plan said. It added that the move would lead to a greater focus across all levels of government on value for money, optimisation of public value and consistent use of ‘best-practice’ government procurement.

In addition, there would be greater use of collaborative contract models and more upfront, informed due diligence that would inform contracting and decision making, Pinsent Masons experts said.

Catherine Bendeich, also of Pinsent Masons, said: “The plan provides welcome recognition of the need for novel approaches, including a greater focus on ’front end engineering and design’, to respond to current challenges and to meet the anticipated stresses to develop resilient infrastructure and a sustainable industry in Australia.

The plan follows on from experts at Pinsent Masons stating that public sector bodies would need to work with contractors, rather than against them, to deliver the greatest value for taxpayers from major infrastructure projects. This was in response to a report published by policy think tank Grattan Institute, which promoted an adversarial approach to negotiating the price of major infrastructure contracts.