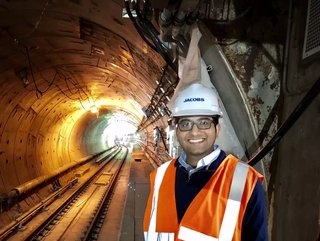 Rohit Motwani is Jacobs Program Manager on New York’s Metropolitan Transportation Authority East Side Access public works project in New York City. Jacobs is supporting the delivery of the megaproject as Project Management Office (PMO) partner. East Side Access is the first expansion of the Long Island Rail Road in over 100 years. Scheduled for completion in December 2022, the transformational project is set to transform the busiest commuter railroad in the US, easing congestion and dramatically reducing commute times for New York City rail users.

East Side Access is North America’s largest transportation infrastructure project – what does the project involve?

East Side Access is a megaproject with a highly complex web of deliverables and interconnected dependencies. One of the key elements of Jacobs’ role is the integration of the 15+ active systems contracts (which cover 29 critical systems including power, tunnel ventilation, signal systems and traction power), to ensure the streamlined delivery of the project.

With work spanning three boroughs, the project involves eight miles of tunnelling works; 40 miles of new tracks; a new terminal with four new platforms and a 350,000sq ft new passenger concourse more than 140 feet below Park Avenue and the historic Grand Central Terminal; as well as a new rail yard in the Sunnyside Yard in Queens. The project also involves extensive infrastructure work including the construction of new ventilation buildings and substantial surface works, as well as the modernisation of the busiest passenger train interlocking in the US, Harold Interlocking.

As Program Manager, what tools are you using to align contractors and sub-contractors, and to maximise efficiency on the project?

As Program Manager, I’m responsible for leading the PMO analytics team and managing the construction program for Phase 1 which is divided into several packages, to deliver the project on time and on budget.

This involves integrating all contracts and stakeholders using a Master Construction Schedule (MCS) to identify and evaluate risks on the program through a “One East Side Access” approach, which helps break silos and drive prioritization from a central strategic control tower. We develop regular reports outlining the strengths, opportunities and risks and work with the project teams to apply strategic levers to mitigate any critical program issues identified.

In addition, we deploy “tiger teams” for mission critical systems that provide end-to-end management and optimization support during construction and testing activities.

For the Integrated Systems Testing (IST) phase of the program, the PMO has taken an agile approach which enables us to incrementally test the project functionality and identify/resolve any issues early, as opposed to the traditional consolidated IST approach. This plan was developed collaboratively with the designers, contractors and the management team and has allowed the project to earn value early.

The biggest potential for causing disruption to the city was in the excavation of eight miles of tunnels, approximately 140 ft beneath the busy streets of Queens and Manhattan. With approximately one million workers entering New York City every day, minimizing disruption was a priority. In the main, tunnel boring machines were used instead of the typical drill and blasting excavation methods, to reduce disruption above ground. A temporary railway and conveyor belt system was also constructed to remove the huge amount of soil and rock out of the city - more than 1.5 million cubic yards!

When it came to delivering the CO8 traction power substation in Queens, we chose prefabrication and modular construction methods to reduce construction duration. The prefabricated modular substation was fully built and installed offsite and delivered to site in 22 sections and assembled on-site in just seven days.

Given the scale of the project, what has been the biggest challenge?

One of the biggest challenges is the elaborate coordination required amongst contracts and making sure the overall program schedule is continually updated, so that the critical path can be examined and pushed from all levels. This requires meticulous coordination and interface management with other contractors, as well as the ability to pivot the program at a moment’s notice.

Given the project’s high profile, testing of systems will be critical ahead of the project’s completion in December 2022, what kind of testing is required?

Jacobs has a pivotal role in ensuring that everything is running to program and that all the systems will work in unison on opening day.

We recently commenced train testing on the Long Island Rail Road using passenger rail cars. The passenger cars were brought onto the project territory through a storage yard and were operated using the permanent traction power and signal system. This meant testing all related rail infrastructure, including power, signal and track systems.  The first goal was to check static and dynamic tunnel envelope clearances, followed by testing of the systems that support the passenger train operations.

We are currently performing the Centralized Traffic Control (CTC) testing on the project, this involves controlling and monitoring the trains from the control room located at Grand Central Station. Seeing actual trains successfully operate on the East Side Access tracks is a defining moment for the project team, having spent years and months building the system that supports it.

How will the project benefit New Yorkers?

Once completed, the new tunnel and track system will increase the LIRR's capacity into Manhattan and shorten the travel time for approximately 162,000 commuters travelling from Long Island and eastern Queens by approximately 40 minutes a day. It will also ease congestion on the city’s trains and subways, especially in the neighbouring Pennsylvania Station.

The new terminal, which will have eight tracks and four passenger platforms, will be able to accommodate eight trains at a time, enabling service for up to 24 trains during peak hours. Over 140ft below street level, the new concourse will provide 350,000 ft2 of new space, including over 25 retail store fronts and multiple entry and exit points to Grand Central Terminal and street level.

It’s a truly transformational project that will modernise and strengthen the regional rail network.