7 influential and popular builds in Mexico 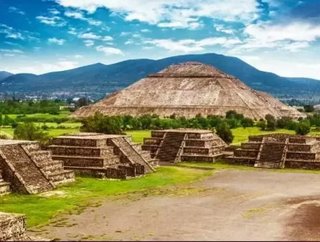 Mexico is known for its historic wonders and architectural structures which still garner admiration and wonder from both tourists and locals alike. We l...

Mexico is known for its historic wonders and architectural structures which still garner admiration and wonder from both tourists and locals alike. We look at some of these builds and how they continue to inspire and attract millions of visitors around the world.

Situated within Mexico City is the Palacio de Bellas Artes, built by Architects Adamo Boari and finalised by Fredrico Mariscal. Construction work was delayed as a result of the Mexican Revolution and complications with the subsoil. However, the build was commissioned to replace the original National Theatre which was situated in the area.

Finalised in 1934, the building adopts a neoclassical and art nouveau style, with iconic murals which decorate the interior of the palace. Divided into three sections on three floors: the main hall and connected smaller halls, a theatre and offices of the Insituto Nacional de Bellas Artes. The theatre, however, has not survived fully intact, having sunk around four metres since its construction due to unstable ground.

The building is a site to behold, holding events, exhibitions and various entertainment. In 1987 it became a cultural heritage site and has around 10,000 visitors per week.

Built from 1573 to 1813 and incorporating a wide range of styles, Mexico City Metropolitan Cathedral is the oldest and largest cathedral within Latin America.

Constructed and eventually replacing a previous church, the cathedral is impressive in both structure and design, with a mixture of Gothic, Renaissance, Neoclassic and Baroque styles. Incorporating four facades, two bell towers, alters and 16 chapels, the cathedral is iconic, attracting both locals and tourists alike.

The build has undergone several restorations which has unearthed several significant finds, in addition to holding the remains of previous archbishops within the crypt beneath the structure.

Due to its unstable foundations, the cathedral is now part of the World Monuments Fund.

The Torre Mayor has become the third tallest skyscraper in Mexico, designed by Zeidler Partnership Architects and Adamson Associates Architects and has won several awards.

Due to previous earthquakes, the build has been designed to incorporate several anti-earthquake features and is able to withstand any potential earthquakes which reach up to 8.5 on the Richter Scale.

Operated by a Building Management System (BMS), the skyscraper has been designed to ensure the safety of individuals within the building and also places key sustainable elements within its design.

Constructed to commemorate the Mexican Revolution, the Monumento a la Revolución is an important cultural and historical build within Mexico.

Originally designed by Émile Bénard but reinterpreted and redesigned by Architect Carlos Obregón Santacilia upon his death, the build illustrates an art deco style and has been developed and restored in line with the centennial of the Revolution.

Situated within Chichén Itzá lies El Castillo, also known as the Temple of Kukulcan. The Mesoamerican-step pyramid was constructed approximately between the 10th and 12th centuries.

The build is 79 feet high, alongside the temple adding an additional 6 metres, built to serve the god Kukulkan, nicknamed ‘the feathered serpent’. The staircase has skilfully been built to incorporate 91 steps on each side, with one additional step to the top, totalling up to 365 steps, one for each day of the year.

Stairways on all four sides are intricately decorated and is popular with locals and tourists, with Chichén Itzá attracting over 1.4 million people per year.

Pyramid of the Sun

The Pyramid of the Sun, situated in Teotihuacán is the third largest pyramid in the world.

The construction is not well preserved and it is uncertain if the pyramid is linked to a specific deity. Several burials have been unearthed within the pyramid of children and animals, which are thought to be of ritualistic origin.

Pyramid of the Moon

The second largest pyramid in Mexico, the Pyramid of the Moon was built between 200 – 250AD, with the Avenue of the Dead not far from reach. Similar to Pyramid of the Sun, the structure contains tombs of both human and animal sacrifices, also covering previous structures within its build.

Once tourists reach the top of the 150-foot pyramid, they can view the Avenue of the Dead and gain a clearer scene of the Pyramid of the Moon and main Citadel.