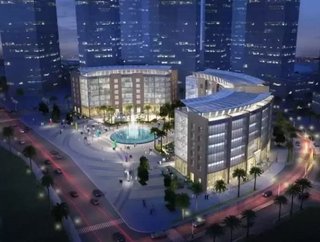 The company said it has signed an agreement with Emaar Middle East, a subsidiary of Emaar Properties, and announced two further new Emaar contracts in the Downtown Dubai area, details for which will be disclosed shortly.

ACC will construct three buildings that form part of the Emaar Square, with a footprint of 45,000 sqm. Work has already begun on site this month, with the first offices due to be handed over to customers in 2016.

Emaar Square is a dedicated commercial precinct located within the iconic Jeddah Gate, in the retail and lifestyle hub of the Crescent Plaza. It is close to financial centres including the Jeddah Chamber of Commerce and Industry, as well as the Haramain high speed railway, which will link the city to Mecca and Medina when it becomes operational next year.

ACC Chief Executive Officer, Maher Merehbi, said: "Once again, ACC has had its impressive construction and development credentials recognised with the awarding of a major GCC contract.

"ACC has already partnered with Emaar in UAE, Egypt and other countries in the region and we are delighted to extend our relationship with them to cover their operations in Saudi Arabia."

The Jeddah square contract adds to ACC’s portfolio in Saudi Arabia, which also includes the SIBCO Mega Plant, a soft drinks and juices factory in Jeddah 2 Industrial City and the MIG Tower, a commercial development in Riyadh.