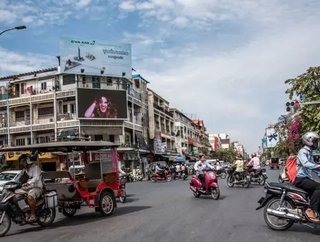 The Petronas Towers could gain a new challenger in Asia, with Cambodia set to build the tallest towers in Phnom Penh. Cambodian company Thai Boon Roong...

The Petronas Towers could gain a new challenger in Asia, with Cambodia set to build the tallest towers in Phnom Penh. Cambodian company Thai Boon Roong and Chinese contractor Kia Nip Group will be responsible for the construction works, costing over $1 billion.

Set to be constructed on a former amusement park, the mixed-use tower will be underway at the end of the year, and span incorporate over 130 floors. When completed, the towers would knock the Petronas Towers off Asia’s top spot, where the Thai Boon Roong Twin Trade Center would become one of the top five tallest buildings in the world.

Deputy Secretary General of Board of Architects Cambodia (BAC) Tous Saphoeun, who is behind the design and future development of the project, has confirmed that “all three steps of the testing phase have been completed, and the land in the area can support buildings up to 200 storeys.”

Tous Saphoeun commented, “The company is preparing additional features for the towers, such as expanding the roads around the area, and renovating Hun Sen park to make it more suitable to that name.”

In a bid to become a modern metropolis, such as New York, it will be interesting to see how the building will look once completed!