CapitaLand will open eight malls across Asia in 2017 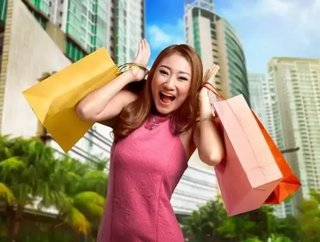 CapitaLand is a Singapore-based property developer with assets in its host country, as well as growing interests in China and Vietnam. The company has a...

CapitaLand is a Singapore-based property developer with assets in its host country, as well as growing interests in China and Vietnam. The company has announced that it is preparing to open eight malls next year across three Asian markets. With a combined retail gross floor area of nearly one million square metres, this will be CapitaLand’s largest ever retail offering in a single year.

Out of the eight shopping malls, six are retail components of integrated developments in China, and one each in Malaysia and India. They are Raffles City Changning, CapitaLand’s second Raffles City project in Shanghai; LuOne, also in Shanghai; Raffles City Shenzhen; Raffles City Hangzhou; Suzhou Center Mall; and CapitaMall Westgate in Wuhan. The other two are Melawati Mall in Kuala Lumpur, Malaysia; and Forum Mall in Mysore, India.

Jason Leow, CEO of CapitaLand Mall Asia, said, “We are looking forward to the opening of these eight malls next year as they underscore CapitaLand’s strength in connecting retailers to ready catchments of shoppers. With these new malls opening in phases from the second quarter of 2017, it will position us well to deliver sustainable returns in the near future as they turn fully operational.

“At the same time, we will continue to enhance our retail scale and network through acquisitions and management contracts; as well as reconstitute our portfolio to achieve optimal asset mix to provide us with stability and a strong recurring income stream. As of 30 September 2016, 76 per cent of CapitaLand’s total assets contribute to recurring income, of which shopping malls and integrated developments form the bulk.”

Leow added, “Our 103 malls in Singapore, China, Malaysia, Japan and India provide brands with access to about 3 billion consumers in these five Asian markets combined. With such an extensive scale, retailers can take their pick from our wide-ranging portfolio that includes premier malls that tap into discretionary and tourist spending on luxury goods; entertainment and F&B-focused malls that appeal to both locals and tourists alike; and suburban and community malls that cater to necessity shopping.

“Taking part in MAPIC – one of the world’s largest events matching developers with retailers – provides CapitaLand with an excellent platform to boost our brand visibility and strengthen our retailers’ network; including reconnecting with existing tenants and engaging new tenants seeking to expand in Asia. We are confident that retailers will be able to find a CapitaLand mall suitable for their brand profiles as they tap the immense growth potential of Asia’s rising consumerism.”