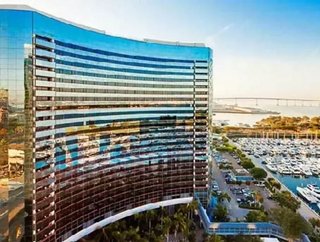 Host Hotel &amp; Resorts has awarded Clark Construction a $70 million contract for the New Marriott Hall in San Diego, California. The Clark team has be...

Host Hotel & Resorts has awarded Clark Construction a $70 million contract for the New Marriott Hall in San Diego, California. The Clark team has been performing preconstruction services on the project since 2010.

Designed by tvsdesign, the 171,000 square-foot facility will be constructed adjacent to the existing north tower of the San Diego Marriott Marquis and Marina. The new structure will replace the existing Marriott Hall and will provide a larger, modernised space for conferences and events.

Clark will then construct a two-level, steel-framed structure, which will be integrated into the existing tower. A mechanical upgrade, including the installation of chillers, cooling towers, and hydronic lines, also is included in the scope of work.

The New Marriott Hall is designed to achieve LEED Silver certification, and substantial completion is expected by summer 2016.