Dubai unveils plans to 3d print the Museum of the Future 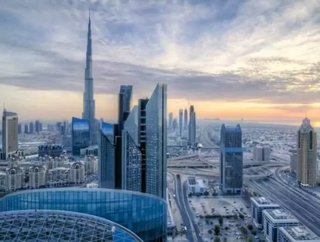 Plans for a $500 million museum dedicated to the future, where significant elements are due to be 3d printed, were unveiled earlier this week in Dubai.T...

Plans for a $500 million museum dedicated to the future, where significant elements are due to be 3d printed, were unveiled earlier this week in Dubai.

The plan was launched by Sheikh Mohammed bin Rashid, vice-president and prime minister of the United Arab Emirates and ruler of Dubai.

In line with its name, the Museum of the Future’s structure will incorporate cutting-edge technology with elements of the project to be built using 3d printing construction techniques.

According to reports, the museum’s cladding, which will include Sheikh Mohammed’s poems describing his vision of the future, will be one of the sections to be 3d printed.

Set to open in 2017, the ring-shaped museum has been designed by architect Shaun Killa, who recently left his role as design director of Atkins Dubai to set up his own practice, Killa Partnership.

As well as a permanent gallery showcasing the greatest global innovations, the museum will host a group of innovation labs focusing on health, education, smart cities, energy and transport.

The building is also intended to host scientific conferences and offer advanced courses and specialised workshops on design and innovation covering the latest scientific developments, trends and designs as well as their practical applications.

Speaking at the launch ceremony, Sheikh Mohammed bin Rashid said: “Our president has declared 2015 to be the year of innovation in the UAE. Today we show how serious and committed we are to that mission by turning the UAE into a major international destination for innovators.

“The museum’s motto, ‘See the future, create the future’, reflects a new approach to government innovation. Rather than just displaying exhibits or publishing reports, the new institution will use design, technology, prototyping and foresight to create real examples of change.

“The museum is the first of its kind, and represents a leading example of entrepreneurial governments embracing change and creating futuristic visions for a better world.”