Everything you need to know about Dubai's addiction to construction 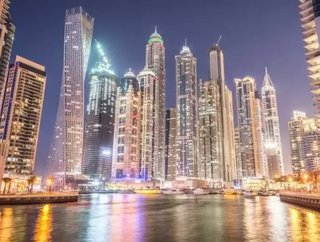 Dubai is addicted to construction, but is its thirst for concrete sustainable?Since the early 2000s wildly ambitious construction projects have put Duba...

Dubai is addicted to construction, but is its thirst for concrete sustainable?

Since the early 2000s wildly ambitious construction projects have put Dubai on the map. The desert state has built a name for itself – quite literally – by housing some of the world’s most ambitious projects and there is no sign that its construction bubble is about to burst. In 2015 Dubai’s project pipeline includes a rainforest in the desert, the world’s largest shopping mall and the tallest twin towers on earth. With all this planned work – not to mention large foreign investment - construction firms in Dubai are rubbing their hands together.

While Dubai’s construction sector is steadier than it has ever been – today it is underpinned by strong consumer demand and a more regulated real estate market – there is a notable and significant downside: Dubai’s ever expanding environmental footprint.

The average person in Dubai uses about double the amount of water than the global average, produces 2.5kg (5lb) of waste a day, and is among the world's worst carbon dioxide polluters.

That being said, gas turbines produce most of Dubai's energy and as a fuel source, this is a pretty clean option, as the grid's carbon emissions are only 60 percent of the world's average. Furthermore, the distribution of gas is also twice as efficient when compared globally, so the infrastructure is not the problem.

Couple this with the fact that Dubai’s rulers are keen to improve the situation and it could become a poster child for modern, sustainable building. Dubai's rulers want 15 percent of electricity from renewables, with 30 percent less consumed per head, by 2030 and this renewables target looks achievable.

Solar electricity is cited to be a popular trend in 2015 and beyond. A pricing scheme launched last week helps people save on their own electricity costs and encourages them to earn by feeding back to the grid. On a much larger scale, the push for the emirate's grid to have its own mass solar supply has received some good news. Saudi-based power plant developer and operator Acwa Power will provide Dubai with 200MW of the world's cheapest solar power, at below 4p per kWh, for 25 years. Acwa chief executive Paddy Padmanathan said big savings were possible from utilising the creditworthiness of DEWA, the state-owned electricity company.

1991: 25 years after oil is discovered in Dubai, production peaks. Its economy has rapidly diversified since.

2002: Construction booms as foreigners are allowed to buy properties. Many are sold off-plan almost immediately - with few regulations in place.

2009: Following the global financial crisis, hundreds of construction projects are abandoned or suspended as credit dries up. Property prices fall by 30-50 percent.

2013: A second construction boom occurs. Property prices rise by over 30 percent exacerbated by the news Dubai will host Expo 2020.

2015: Dubai's property prices cool off slightly as new government regulations kick in amid a weakening global market. New constructions continues apace. Plans for the first rainforest in the desert in Dubai are unveiled as work gets under way on the biggest mall and observation wheel in the world.

The consumption target could be a much trickier challenge though, as that involves changing people's attitudes. DEWA already runs campaigns for people to turn down their air-conditioning in the summer months and do all the things responsible citizens are asked to do around the world, such as turn off lights and waste less.

Saeed Al Abbar, chair of the Emirates Green Building Council, told the BBC that “awareness of sustainability issues has definitely increased significantly over the past few years.”

But the figures show there is still a long way to go. One step the government has already taken is to ensure all new public and private buildings are constructed according to a far-reaching set of green building regulations introduced last year.

Saeed Al Abbar said: “Over 800 buildings have complied with the regulations so far at the design stage, which is a tremendous achievement. The real challenge is in ensuring that the code requirements are fully incorporated in the completed constructions through rigorous quality control measures.”

Government-backed environmental stunts have been used to help change attitudes. They also make good stories, such as this recent eagle flight and the opening of the Middle East's first eco-mosque.

Dubai now has just over five years to build what it calls “a monument to the green economy, a landmark in sustainable development,” when it hosts Expo 2020.

Some private projects may not help though. According to its developers, the Dubai Rainforest is a chance to learn about the jungle lifestyle in a dome-covered ecosystem. But Prof Ali El-Keblawy, director of the Sharjah Seed Bank and Herbarium, said it was challenging nature to create an artificial forest in harsh desert conditions and told a local newspaper, The National, the impact on the environment should be assessed before the project was built. That could indeed be sage advice for many of the constructions planned for Dubai, if the emirate is serious about its own environmental targets.