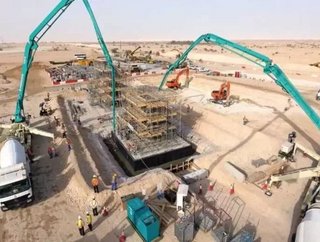 KBR has a long and distinguished history as a contracting engineering and construction company. Its antecedent companies MW Kellogg and Brown &amp; Root...

KBR has a long and distinguished history as a contracting engineering and construction company. Its antecedent companies MW Kellogg and Brown & Root date back to the early 20th century, and though they did not merge until 1998 these are the names still indelibly etched in the consciousness of the worldwide contracting sector. Today’s KBR was formed in 2006 when it spun out from Halliburton and floated on the New York Stock Exchange.

In mid-2014, KBR streamlined its operations to focus on core strengths of technology, engineering, procurement and construction company serving the global hydrocarbons and government services industries. Its three distinct global businesses: Technology & Consulting; Engineering & Construction; and Government Services, are all in evidence as KBR seeks to lead the field in contracting and consulting, however the Middle East is currently offering a key set of opportunities.

Over the years KBR has been involved in many projects in the Middle East region, largely as  a global operator working out of its Houston, Texas headquarters; and its London Operating Centre. Right now, that is all changing, and KBR is pursuing a strategy of getting a whole lot closer to each of the countries in the region. A key move was the appointment in March 2015 of Jay Ibrahim, a Lebanese-born American, to the post of President, Engineering & Construction, Middle East and North Africa (MENA). Ibrahim now leads KBR’s expansion in the region, in upstream, midstream and downstream projects.