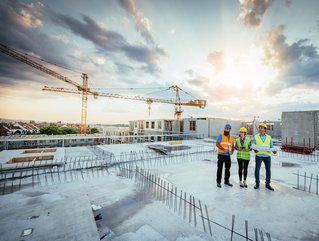 The global HVAC systems and services market is predicted to touch US$319.9bn in revenue by 2030, a new report published by P&S Intelligence has found, a significant increase from estimations in 2021, which put its worth at around US$206.6bn.

The report said that the industry will progress at a compound annual growth rate of 5.0% from 2021 to 2030, adding that the key factors that will have a positive influence on the market are the significant demand for an ambient atmosphere in a building, and the diverse worldwide climatic conditions.

As per NASA's GISS, the global temperature has risen by 0.5 degrees Celsius annually since 1980, due to global warming, the report continued, adding that over the next few years, the sales of VRF systems are expected to increase at a CAGR of over 10%, due to the increasing need for energy-efficient temperature-control solutions.

The commercial sector is predicted to have the largest revenue share in 2030, of over 40%, due to the growing construction in this sector. For example, hotel transaction volume in Europe has already reached more than US$6.87bn in the first half of 2022.

The need for heating equipment has increased significantly owing to the cold weather in most of Europe, particularly in Eastern Europe, where the average wintertime temperature ranges between –6 and 3 degrees Celsius, the report continued.

The German government is actively encouraging the adoption of effective heating and cooling systems powered by green energy sources. This has created a significant shift in the customer perception, which is driving the country's heating and cooling business, it said.

Moreover, Germany is one of Europe's biggest investors in hotels, with around US$730m in transaction value in H1 2022. Moreover, the top five hospitality hubs (Spain, the UK, France, Italy, and Germany) together accounted for nearly 81% of the transacted value, up from 68% in H1 2021.

IoT integration in HVAC systems is the most-significant opportunity for appliance makers. IoT aids in the management of control systems, collection and storage of data in the cloud, updation of temperature control procedures for greater efficiency, and execution of a predictive maintenance plan.

APAC records highest sales of HVAC due to population growth

By 2030, APAC's sales revenue is expected to hit US$170bn. This is due to the rising average temperature, particularly in China, India, South Korea, Japan, and Indonesia. Compared to North America and Europe, APAC has a hotter climate; thus, there is a higher requirement for air conditioning equipment.

Further, China had 1.45bn people as of October 2022, followed by India, which had 1.38bn people. The need for these appliances is, thus, being driven by the increase in the population, apart from the rise in the average temperature.