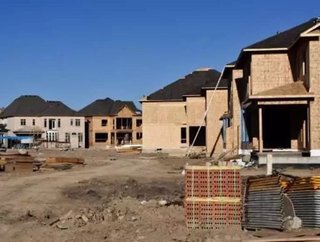 Sajid Javid MP, the Secretary of State for Communities and Local Government has just announced the Conservatives latest intent to tackle Britains housin...

Sajid Javid MP, the Secretary of State for Communities and Local Government has just announced the Conservatives latest intent to tackle Britain’s housing crisis head on. He has pledged to build 1m new homes by 2020, with a number of distinct prongs of attack.

The first is to open a home builders fund to the tune of £3bn with the government partnering with contractors and investors to speed up construction on government owned land. It is claimed this will help to build more than 225,000 homes as well as creating 1,000 jobs across the country.

Finally, the Conservatives will revive the British landscape by opening up brownfield land and bring life back to areas of the country that have long been left unused. They will build high-quality family homes using sites such as empty shopping centres, as well as increasing housing density around transport stations to offer housing that the nation actually wants.

Founder and CEO of eMoov.co.uk, Russell Quirk, comments: “Welcome news today that our incessant please for the government to identify Britain’s wasted brownfield sites to build on, seem to have been listened to.

The government itself owns around 180,000 brownfield sites from industrial estates to airports and so this intent straight off the bat to utilise some of it, is at the very least, a step in the right direction.

Although Mr Javid may have described the 170,000 homes delivered as not a bad number, but it is still a shortfall of around 80,000 homes that we need to be building in order to quench the thirst of struggling aspirational buyers.

We will wait and see how many of today’s promises come to fruition before we start to praise these latest endeavours by the government, as essentially we’ve heard them all before but seen very little in the way of them being delivered.”