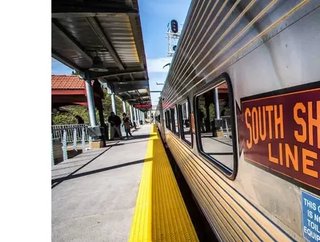 Jacobs, the American international technical professional services firm, will serve as the designer of record for the FH Paschen and Ragnar Benson joint venture responsible for the eight-mile West Lake Corridor extension of the South Shore commuter rail line between Hammond and Dyer, Indiana.

In a statement, the company said expanding the South Shore Line will increase access for the growing area of Lake County, Indiana, connecting it more easily to Chicago. Delivered as a design-build project, the owner – The Northern Indiana Commuter Transportation District, estimates that the cost of project will be $933 million, and construction will finish by 2024.

On completion, the West-Lake Corridor project will provide Lake Country residents with faster and more reliable access to employment and entertainment in Chicago, the firm says.

Along with approximately eight new miles of track, the new corridor will include four new stations with parking lots, park-and-ride areas, and ADA parking and station access. The expected travel time from the new Munster/Dyer Main Street station to Chicago's Millennium Station is 47 minutes with 12 trips to/from during weekday peak.

Plans show each station will have parking, drop-off areas, pedestrian, and bicycle access, as well as extensive landscaping, and stations are being designed with sustainability in mind.

In October 2020, a ceremonial ground-breaking ceremony was held in Dyer, where one of the four new passenger stations will be built, to launch construction of the rail extension line. The project is the largest public transit investment in the state of Indiana’s history.

The Federal Transit Administration has signed a Full Funding Grant Agreement, which will cover half the cost of the $933 million project. According to local media sources, the state of Indiana has pledged $125 million towards the project, while the balance of approximately $325 million will be covered by local municipalities and the Northwest Indiana Regional Development Authority.