Port of Kingston, Jamaica to be extended as a result of $147 million VINCI win 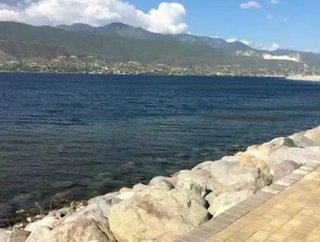 Global construction company Vinci has been awarded the 25-month contract to extend the port of Kingston, collaborating with Belgian company Jan de Nul to carry out vital works. Shipping Group CMA CGM is behind the recent decision, signalling further work between VINCI and CGM.

VINCI has been behind extensive work within Jamaica for the last 30 years, with VINCI Construction Grands Projets responsible for numerous sewer and water treatment systems within the island country.

“The contract covers, first and foremost, the refurbishment, reinforcement and upgrade to seismic standards of 1,200 metres of quays. The joint venture will also carry out dredging work in the access channel", VINCI has said.

"The operation will increase the alongside depth of the quays to enable them to handle container ships of larger capacity.”

“Coming a few days after the opening of the expanded Panama Canal, which accommodates the world's largest container ships, the contract to extend and refurbish the port of Kingston is a strategic move for the region. The port of Kingston is ideally located near the Panama Canal at the crossroads between the North/South and East/West sea lanes and will thus become one of the three main container terminals in the Caribbean.”