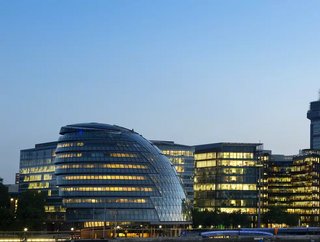 More than three-quarters (78%) of high-rise buildings in the UK pipeline are residential-led and commercial office projects make up only around 3% of projects, according to AMA Research.

The pipeline of high-rise buildings across the UK remains strong, with around 549 in development, of which around 58% are in London, although projects in the capital account for more than three quarters of total pipeline value,

Across the UK, as of last month, there are 1,277 existing high-rise buildings and structures that are at least 50m tall and 266 that are at least 75m tall, the vast majority of which are in London, while other key locations include Birmingham and Manchester. The UK has just 31 high-rise buildings over 150m high, although almost half of these have been completed since 2018, and just one building – The Shard in London over 300m.

Unlike other international cities, London is considered ‘low-rise’ for a global city and financial capital of the world, with the pace of high-rise development way behind other global cities. However, in recent years, there has been an increase in the number of high-rise buildings proposed and approved for construction in London and across many of the UK’s major cities.

Uncertainties surrounding the outcome of ‘Brexit’ had contributed to a slowdown of speculative new office building in recent years but industry sources suggest that investor confidence remains high in the London office market, for which there are proposals for a many high-profile high-rise schemes The City and Canary Wharf.

In both the UK and across the world, there has been a big rise in the number of residential towers as well as a significant increase in mixed-use towers. Just 15 years ago, towers were predominantly built for the commercial office market; they now make up just 3% of projects in the current development pipeline.

Alex Blagden, Research Analyst at AMA Research, said historically, high-rise construction had been driven by demand for offices in The City of London, London Docklands and central Manchester.

"Since 2010, however, there had been a marked shift towards high-residential schemes, mainly driven by speculative investment in luxury apartment towers in Central London and Docklands," he said. "However, since the UK’s departure from the EU, growth in overseas investment in private ownership of luxury apartments has slowed. In recent years, there has been a marked increase in the development of high-rise residential towers in the larger northern cities and Birmingham, largely driven by investment in private rental and student accommodation schemes.

It was previously estimated that 23% of existing high-rise buildings have been designed for office use, but across the UK, only 15% of high-rise completions between 2016 and 2020 were offices, a figure that falls to 11% for buildings in the pipeline. High-rise commercial office buildings are largely concentrated in city centres. Key growth areas within the residential market are the private rental sector (including build-to-rent) and student accommodation, with demand driven by shortage of capacity in affordable privately rented homes and in student housing in London.