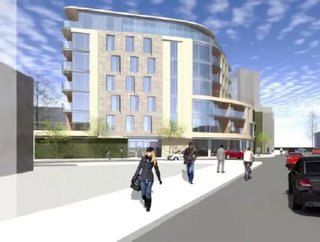 As 2016 draws to a close, Skillcrown, property developers in Bromley, South East London, UK is delighted to secure a contract with long-standing client...

As 2016 draws to a close, Skillcrown, property developers in Bromley, South East London, UK is delighted to secure a contract with long-standing client, Affinity Sutton. The new project will see Skillcrown create 30, one, two and three bedroom apartments, with 26 for shared ownership and four apartments for affordable rent.

The development will commence in January 2017 with completion earmarked for August 2018. The scheme is located in a prime location in Norbiton, just one mile from the popular city centre of Kingston on Thames. The scheme, which incorporates a new retail commercial unit on the ground floor, will house 30 new apartments on the upper floors over seven storeys, finished to a high specification.

“We are very pleased to continue growing our relationship with Affinity Sutton,” said Kevin Clark, Land & Business Director at Skillcrown. “Negotiations began at the end of the summer and took longer than anticipated with the Affinity Sutton and Circle Housing merger happening simultaneously.

However, we are happy the contract has been signed so work can begin in the New Year and we look forward to continuing working with the newly formed Clarion Housing Group.”

“We have been impressed with the scheme’s delivered by Skillcrown over the 10 years we have been working with them,” said Ian Hagger, Regional Development Director at Affinity Sutton.

“We are confident the Kingston project will meet the standards we are used to seeing from their team.”

Alongside this project Skillcrown are busy working on another development for Affinity Sutton, providing 37 apartments in New Cross as well as having recently completed on a larger build of 58 apartments in Tanners Hill, Deptford.