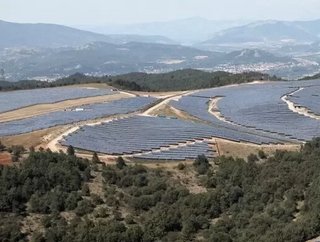 Sonnedix Los Frailes will be built on a 111-hectares, becoming the largest project built by the IPP in the country, where it has operated since 2010. With over 110,000 monocrystaline solar panels, the project will connect through a transmission line to the Vaguadas substation.

During construction, Sonnedix will create approximately 250 new jobs in Badajoz, in line with its ESG standards and commitment to improving the life of the local community.

Once operational, Sonnedix Los Frailes, which is being developed in collaboration with Viridi RE group, will produce approximately 102,000 MWh per year, capable of powering more than 36,500 homes with clean electricity and avoiding over 24,000 tons of CO2.

Axel Thiemann, CEO of Sonnedix, said: “We are excited to start the construction of our largest project to date in Spain, a milestone that highlights both our strong commitment to the Spanish market, and our potential to expand our platform worldwide. We are very proud of our hard-working and committed team in Spain, which has doubled in the last year, and we look forward to continue developing and acquiring solar PV projects in the country, playing an important role in the energy transition, as well as the post-pandemic economic recovery.”

Last June 2020, Sonnedix signed a 10-year Power Purchase Agreement (PPA) with Europe´s largest producer of renewable energy and leading PPA provider Statkraft for the supply of 100 GWh of energy per year, making it the IPP’s first PPA for a grid-parity project in Spain.

Sonnedix is one of the leading solar IPPs in Spain, with over 1GW of capacity, including 365MW operational, 50MW under construction, and a development pipeline of over 600MW. Currently it has almost 2GW under operation or construction across eight countries, plus more than 2GW in the pipeline.

According to SolarPower Europe, Spain is expected to have a total installed solar PV capacity of 29GW by 2024 in the medium scenario, making it the second largest solar market in Europe. Renewables produced 50.7% of Spain’s electricity in May, generating 10% more gigawatt-hours year-on-year.

The Spanish National Energy and Climate Plan (NECP) targets 74% of renewable electricity generation and 39.2 GW of PV capacity by 2030.