Sydney’s light rail: All you need to know 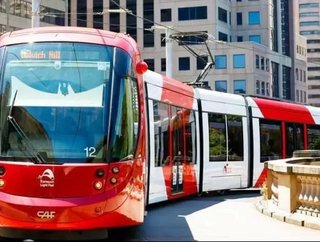 The result of a booming economy, increased population and rising number of tourists to within Sydney has led to the extension of the light rail within S...

The result of a booming economy, increased population and rising number of tourists to within Sydney has led to the extension of the light rail within Sydney, titled the new CBD and South-East Light rail network, which will meet future and existing demand.

Construction for the 12km public transport route began in October 2015 and will contain over 20 new stops for commuters, incorporating a fleet of sophisticated light rail vehicles, with high capacity, will be constructed with highly sustainable features. The low floor design will make it accessible for all individuals within the city.

On their website, it is stated that the route will “extend from Circular Quay along George Street to Central Station, through Surry Hills to Moore Park, then to Kesington and Kingsford Park via Anzac Parade and Randwick via Alison Road and High Street.” From Wynyard Station to Town Hall, a 1km pedestrian area will be constructed, creating increased advantages for tourists, shoppers and locals within the area.

The $2.1 billion project is the being overseen by the NSW Government and managed by Transport for NSW. In addition, the City of Sydney is providing $220 million towards the cost of the project.

However, the Sydney Morning Herald has recently reported of conflicts between government authorities and contractors with regards to redesigning current areas of the line amongst rising costs. This is in addition to the finding of utility cables under roadways throughout the construction works.

Sydney’s new electronic ticketing system, Opal (similar to London’s Oyster card in the UK), will work in collaboration with the new rail network to ensure commuters can seamlessly utilise all types of public transport.

The rail transports over 8 million customers a year, which is set to increase. The new system will address the issues of traffic congestion and provide further transport options within the city.

The work will be undertaken in phases, incorporating 31 construction zones. The majority of engineering works will be constructed solely over the Eastern Distributor.