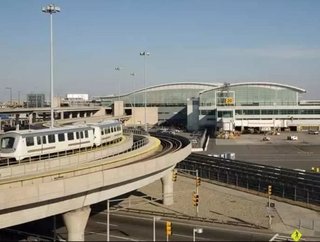 It has recently been announced that John F. Kennedy International Airport in New York is set to undergo significant expansion works, encompassing new terminals alongside the development of existing works to ensure existing roads are also transformed to reduce congestion throughout the ongoing construction works.

Take a look at our top 10 facts regarding the proposed works:

1. It is unknown how the redevelopment project will be funded as of yet, but it has been stated that it could be funded through private operators who will work in partnership with Port Authority.

2. Transport systems are set to be developed and strengthened throughout the US to accommodate the new developments at the terminals. The Van Wyck Expressway will be expanded to incorporate new lanes, in addition to a new route from New York to Manhattan - reducing travel and congestion time to and from the airport.

3. The Kew Gardens interchange is also set to be developed within proposed designs to elevate increased congestion by incorporating further lanes. All new transport links will efficiently connect with the airport terminals.

4. In line with modernisation and improvement within development works, the plans also encompass world-class technologies, such as facial recognition and improved security throughout the airport. Dan Tishman, vice chairman of AECOM and Head of Governor Andrew Cuomo’s, New York’s airport planning task force stated to the Commercial Observer, “The goal is to have a unified, interconnected and modern airport.”

5. Throughout the redevelopment project, Air Trains will also be upgraded to ensure they remain efficient in transporting the increasing number of passengers which travel through the airport.