The Garvies Point Project, Long Island: All you need to know 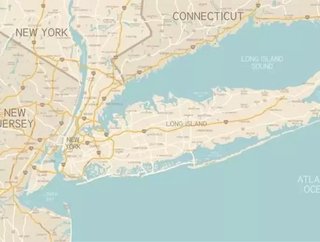 Since the 1800s, Glen Cove has garnered close links with New York through the use of its ferry service; however, such developments have created a strain...

Since the 1800s, Glen Cove has garnered close links with New York through the use of its ferry service; however, such developments have created a strain on not only housing, but employment and the local economy.  The Garvies Point project seeks to redevelop both these aspects through the creation of new homes, increased number of temporary and permanent jobs and long term economic growth through the new ambitious mixed-use project.

Encompassing 56 acres, the $1 billion investment will ensure the creation of long-term secure links to New York, in addition to a thousand new homes and apartments. The project contains 28 acres of open public space, with several walkways and trails, communal areas, eateries which will be placed along the mile-long waterfront esplanade, in addition to a number of leisure facilities for locals and visitors to utilise and enjoy.

Even outside entertainment, such as an amphitheatre has been embedded within its unique design. Architect Rick Parisi confirmed to Long Island News, “Of the 60 acres, 28 acres is open space and 21 acres is waterfront open space.”

RXR Realty and architects MPFP are also involved in the project. Scott Rechler, Chairman & CEO of RXR Realty said, “When I think back to what Glen Cove was when I was growing up it was the centre of commerce. Now, we have a unique opportunity to turn that around.” Debbie & George Petkanas, long term residents of Glen Cove also support the project, stating: “Glen Cove is a very unique place and getting that revitalised would make it all the better.”

The redevelopment will be constructed to incorporate the highest levels of sustainability, with plans to gain LEED certification within the construction of new homes and communal areas. Water collection systems will be also utilised for irrigation purposes, alongside the utilisation of green roofs and rain gardens.

Pizzarotti-IBC has been selected as the project’s construction manager, alongside Joseph Roussine, who will be responsible for overseeing the progress of the redevelopment, which will take six years to complete through several phases.

The long-term project will increase the quality of life for residents and become a new exciting hub. However, there are some concerns with regards to increased numbers, which could result in increased congestion. Nonetheless, over 2,000 parking spaces have been placed within construction plans, in addition to new cycle paths, providing strong transport routes.