The tallest building in Fort Lauderdale is underway 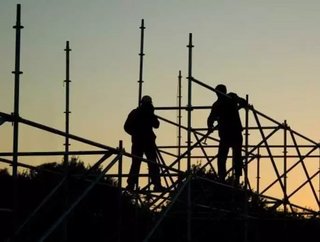 The 100 Las Olas development, set to replace the first skyscraper built in Fort Lauderdale, is now under construction. Set to span over 40 floors and re...

The 100 Las Olas development, set to replace the first skyscraper built in Fort Lauderdale, is now under construction. Set to span over 40 floors and reaching heights of 499ft, the build will help alleviate the housing shortage in the area, with over 100 new condominium units, which will be energy efficient, alongside a new hotel, restaurants and 8,500sq feet of retail space, creating an entire new social hub.

Constructed of steel and glass, the new tower will become the tallest building in the region, according to the South Florida Business Journal, but the residential space will not come cheap. With prices up to over a million, it is far out of reach for many workers.

Designed by SB Architects and Simeone Deary Design Group, the build is underway by construction company Kast Construction. Developer Kolter Group is the financier for the project and owns the site, which was bought for $17.25 million. The build is expected to create a large number of permnant roles in the area once completed

Bob Vail, President of Kolter Urban said: “We are seeing great demand for condos at this coveted urban address. Downtown Fort Lauderdale has emerged into a strongly desired destination offering a full array of lifestyle, economic and cultural diversity, employment, fine dining, world-class shopping and incredible performing arts venues. There is no doubt that 100 Las Olas will redefine the city’s skyline as well as redefine urban living in Fort Lauderdale.”