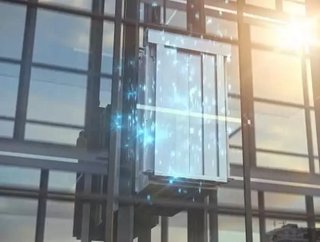 Each day the humble elevator, unsuspectingly to most, moves approximately one billion passengers worldwide, moving more people than cars, and has become...

Each day the humble elevator, unsuspectingly to most, moves approximately one billion passengers worldwide, moving more people than cars, and has become one of the safest forms of transportation in the world. However, the global population is continually increasing, and with that is the average height of high rise buildings. Cities are growing vertically, where high-rise buildings have grown from 300 metres to 600 metres, which has bought several challenges for transportation systems and growing infrastructures, where governments are under considerable pressures to find solutions which are cost-effective and sustainable with low energy costs.

Approximately 70 percent of the world’s population will inhabit cities by 2050. Almost every day a city the size of Manhattan is being built to accommodate for this increased influx. At thyssenkrupp’s Innovation Centre, prototypes to move people more efficiently within new and current infrastructures are researched, constructed and designed, and then trialled to ensure all innovations remain organic and compatible with current city builds.

Opening in 2007, the Centre has since obtained 56 patents worldwide and has become the only establishment in Spain to gain certification for a number of integrated quality management systems: ISO 90001, ISO 9001:2000, ISO 9001, ISO 14006, and OHSAS 18001. The research and development centre is situated within a large historic building spanning several floors, incorporating a number of sophisticated technologies, highlighting that thyssenkrupp is continually ahead of the game with world-class engineers at the helm. The site also encompasses a number of laboratories and a Real Scale Prototype Lab, built behind the main centre, where the company is able to test concepts and prototypes at Real Scale.

Thyssenkrupp acknowledges that although the habits of the world population are continually changing, individuals wish to retain mobility and a certain quality of life. The company has provided a number of new innovations, and has thus become one of the smartest companies in the world.

In 2003 thyssenkrupp elevator invented the TWIN tow cabins within one shaft, revolutionizing the elevator industry and reducing energy and transportation time. The company has since expanded on this concept with the long-awaited MULTI, which General Manager Javier Sesma has described as “the first ropeless, cable-less, multi-cabin; multi-direction, scalable and unilateral transportation system, the first in the world.” He adds succinctly: “In one sentence, MULTI is like a metro in vertical.” The system breaks away from a 160-year tradition of rope-driven elevators, in which the MULTI is able to increase traditional passenger shaft capacity by 50 percent. “Without ropes, they can be built without any limits in height shape or type of mobility, enabling architects to build taller, more daring structures,” adds Sanchez. “If we are able to take out the rope, we can fit in more cabins, reduce transportation time and move people into different directions.”

The MULTI would prove advantageous for high-rise buildings, as with most modern skyscrapers, 50 percent of build plans are taken up by elevator shafts, which has proven to be an inefficient use of space, with shafts traditionally housing a singular cabin. With the removal of ropes, more cabins can be placed in the same shaft, and are propelled through the use of linear motors and magnetic levitation technology.

With regards to passenger safety, Sesma is passionate that the MULTI will be even more advantageous than traditional elevator systems. He explains: “In any line of the shaft, there is a linear motor which is propelling the cabin. If there is an emergency, we can close parts of the shaft. Because it is multidirectional, we can reroute the cabins, even if there is loss of power.

“If we need to rescue people in any elevator, what we are doing is lowering or taking the cabin to the closest floor possible. In the case of MULTI, it is exactly the same. The linear motor is not just acting in one direction; it not only propels but can also be used as a brake. If you think of the metro; if there is a fault, the rest of the metro keeps running.”

With the MULTI’s unique design, a cabin will be available every 15-20 seconds, with four cabins placed in every shaft, allowing for an increased number of passengers to be transported at any one time. “In the psychology of elevator transportation, it is about waiting times - not moving times,” reflects Sesma. “It is also about managing that waiting time. What MULTI is giving us is first of all the possibility to cater for increased traffic through having more cabins, which then gives full flexibility in building while reducing the floor space needed for elevator shafts by 50 percent.”

Concerns surrounding bottlenecks in the elevator shafts have been eradicated through the use of inbuilt exchangers, enabling the cabins to move freely from one shaft to another. “Once we have multi-cabins which can go multi-directional, the system starts to be scalable due to the combination of these two elements,” adds Sesma, allowing architects to design cities differently, alongside new buildings and the development of new and existing infrastructures.

The MULTI has been constructed to be fully modular, allowing various elements to be replaced with minimal downtime and increased accessibility for engineers. By increasingly creating various transportation solutions to support both current and future transportation systems, inventions such as the MULTI could be utilised within metro systems to keep people moving, such as the London Underground where an increased number of commuters could be bought to the surface through the technology with increased accessibility. “When we started to talk about MULTI, we were always thinking vertical,” Sesma says. “We were always thinking that when we present MULTI into the market and the technology, people will start to think in a lot of different applications.”

MAX and HoloLens: Smart and connected

By utilizing MAX Technology, connected to Azure, Microsoft’s Cloud, technicians will be able to predict an accident or malfunction before it occurs through capturing operational data from the elevator, such as the position of travel, the opening and closing of doors and technical error data.

Sesma explains: “Our commitment is to have in the next 18 months, 20 percent of our maintenance base in USA, Spain and Germany connected to the cloud. In that regard, 50 people from Microsoft and thyssenkrupp are working on data analytics, Internet of Things and are working on data on the elevators, putting it into a useful format for the technicians.”

Thyssenkrupp is currently utilizing MAX Technology in three main markets - the US, Spain and Germany. The US is currently connecting 600 elevators per day to the cloud. Sesma comments: “We’re going to make sure that when we go to the site, we know what is the most likely route of that issue to be able to fix it. With MAX, the technician will have the knowledge or the relevant parts in order to fix parts of the elevator.”

Thyssenkrupp is also incorporating Microsoft HoloLens technology, which will bring this intelligence to the eyes and ear of the technicians at any site when needed, supporting engineers to visualise and identify any issues. By enabling workers to map their environments and bring different elements into the real world to undertake essential work, the holographic computer has reduced remote support maintenance tasks from two hours to 20 minutes. Engineers are able to visualize in real world, holographic models of the elevator. Using voice recognition, they can resize, rotate or expand elevator subsystems to get a closer look and see which parts are in need of repair.

The HoloLens will also allow engineers to gain vital support from any other Subject Matter expert around the world through the use of Holo-Skype, where engineers can call any of the 24,000 technicians to get online support and visually show them parts which need to be restored, even allowing engineers to order correct parts to the manufacturing centre. Sesma concludes by acknowledging that “the technicians are the key of our business and the face and ambassador for our customers. With MAX and HoloLens, we will empower our technicians, our engineers and our sales managers in the world of Digitization. Our commitment is to reduce the downtime of elevators by 50 percent.”

HoloLens offers additional possibilities, particularly bringing innovation to several markets. Sesma adds: “Could you imagine, we could co-create with our customers, harvesting the most interesting features by sharing the same virtual assets. Imagine if this experience was easy, repeatable and also fun?”

In such a fast-paced world, breakdowns in transportation can create significant stress - the number of elevators out of service worldwide is around 190 million hours. Sesma explains: “Our focus is to reduce the amount of time elevators are out of service by 50 percent and we can do that by giving our technicians intelligence and empowerment.”

Alongside these new innovations, we also saw two thyssenkrupp solutions that have become staples at airports around the world.  ACCEL is an accelerated moving walkway, connecting metros, airports and multimodal systems, reducing congestion and increasing access, moving over 7,000 passengers per hour. The technology is a cost-effective alternative to the construction of new underground transport networks. ACCEL and MULTI for metros are currently at the discussion stage with the designers and consultants for Transport of London in order to bring these technologies into fruition.

In addition, thyssenkrupp’s moving walk, the iwalk, is a flat moving system, constructed with 30 percent less weight to appeal for future constructions and is a cost-effective alternative and has been built wider to encompass wheelchairs, trolleys and an increased number of passengers.

Thyssenkrupp’s main aim is to continually keep people moving and become an integrator of transportation systems. The company has a clear focus on future concepts and designs to ensure quality of life is maintained. Instead of viewing the current issues with transportation infrastructures, thyssenkrupp focuses solely on solutions.

With the challenge to maximize existing demand of public infrastructures, thyssenkrupp will continue to test future prototypes, create various designs and ensure the world is able to move freely, providing long-term advantages within larger cities and throughout the world.