Top 10: Palaces in the World 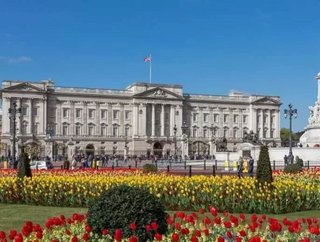 These former seats of power represent both the outstanding architecture of their times, and the wealth of the supremely powerful, who were able to creat...

These former seats of power represent both the outstanding architecture of their times, and the wealth of the supremely powerful, who were able to create the residences of their dreams.

A popular Viennan tourist attraction, the palace dates back to 1569, when Holy Roman Emperor Maximilian II purchased floodplain land containing the Katterburg mansion to be used as the court’s recreational hunting grounds. The mansion was converted to the impressive Baroque palace of today in the mid-17th century by the wife of later Holy Roman Emperor Ferdinand II, a keen hunter.

Built in 1842 by King Ferdinand II, it is the oldest European example of a Romantic-style castle. It was built on the remains of a monastery destroyed in the 1755 Lisbon earthquake. It sits atop a hill overlooking the town of Sintra, and is both a UNESCO World Heritage Site and one of the Seven Wonders of Portugal.

Used in the summer months by the imperial rulers of China, it provided a break from another entry on this list, the Forbidden City. The ‘palace’ is actually a complex of gardens, lakes and buildings that cover an area of 2.9 sq km. It dates back to the 12th century, when Jin Dynasty emperor Wányán Liàng built the first palace on what is now Longevity Hill.

Mysore provides a truly stunning scene at night, illuminated by more than 10,000 bulbs during the Dasara Hindu festival in September and October. Commissioned in 1897 to replace the old building destroyed by a fire, it is the most impressive example in a city of many palaces, and in no way an eyesore!

The current palace on Red Hill of central Lhasa sits on the site of an earlier construction built by Tibetan King Songtsen Gampo which was destroyed with the collapse of the family dynasty. The current architecture dates from the 17th century, when the palace became the residence of the Dalai Lama and the seat of government.  It measures 400m by 350m and was the world’s tallest building between 1653 and 1889.

The palace, which is used today for formal state occasions by the country’s royal family, was built for King Philip V between 1738 and ’55 after the old one burnt down. It is built on the site of the Alcazar of Madrid, the castle built in the 9th century during the reign of Mohammed I, Emir of Cordoba. Today’s palace covers an area of 125,000 sqm and has 3,418 rooms. Architect Giambattista Sacchetti used projecting wings to preserve views of the city.

Alhambra was originally built for military purposes in the ninth century. It was later expanded to serve both as a fort, a palace, and small, self-contained town by 1333. The network of buildings is a fine example of Moorish architecture and its peach-coloured walls are particularly striking.

The Royal residence in London was originally built as a townhouse for The Duke of Buckingham in 1703, but was sold in 1761 to King George 3rd and the Royal family. His son George 4th transformed it into today’s palace in 1826 with the help of architect John Nash, and it became the official royal residence on Queen Victoria’s ascension to the throne.

Constructed between 1406 and 1420, Forbidden City, which was envisaged as the centre of ancient Beijing, was home to Chinese emperors from the Ming Dynasty to the end of the Qing Dynasty. The 180-acre complex houses 980 separate surviving buildings. Construction took 14 years and more than a million workers.

This royal chateau was originally designed as a small hunting lodge for Louis 13th in 1624, and only when his son succeeded to the throne was it expanded into a Royal Palace. Over a period of 46 years, and four building campaigns beginning in 1664, architect Louis Le Vau, landscape architect André Le Nôtre, and painter-decorator Charles Lebrun renovated and transformed Versailles.

Louis 14th hoped to gain greater control of the nobility by moving the court away from Paris and closer to his own influence, and chose the site at Versailles 10 miles south-west of the capital, partly for its abundant game for hunting purposes.

The Hall of Mirrors is particularly striking feature within a fine example of Baroque architecture that remains a symbol of the absolute monarchy that was nearing its end.