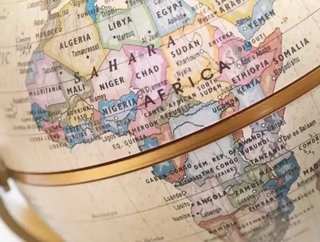 We take a look at some of the tallest buildings in Africa and list our top 5.

The UAP Tower is a 33-storey office complex that was built in 2015 and is situated at the heart of the Upper Hill financial district in Nairobi, Kenya. It is the highest point in Nairobi.

The tower has a rentable area of roughly 29,000 square feet and it became the tallest structure in Kenya upon its completion in 2015 surpassing Times Tower.

The Ponte City Apartments are located in the Hollbrow neighborhood of Johannesburg.

It is a 54-story cylindrical building (built on a uniquely uneven rock floor) which has an open centre which allows additional light into the apartments.

Built in 1975, It is the tallest residential skyscraper in Africa.

The advertising sign on the top of the building is the largest sign in the southern hemisphere.

The Britam Tower is yet to be completed, however; It is due to be completed in 2016 after construction commenced in September 2013 at a cost of seven billion Kenyan Shillings (£5.5 billion).

The tower will be a commercial Building located in Nairobi and is owned by Britam (Investment service company).

The Britam tower will be a 32-storey building with a lettable office space area of over 31,500 metres-squared and a 12-story car park for the parking of up to 1,000 vehicles.

The huge tower has a 24-hour security surveillance support system and it will be the regional headquarters of Britam in East and Central Africa.

The Hassan II Mosque (sometimes referred to as the Grande Mosquée Hassan II) is a mosque situated in Casablanca, Morocco. It is 210 metres tall (689 feet) and is the biggest mosque in Morocco and the thirteenth biggest on the globe.

The mosque has a laser on its rooftop that points in the direction of Mecca.

The mosques minaret (tower with a balcony from which a muezzin calls to prayer) is the largest minaret in the world.

The building was built to honour the memory of the departed King Mohammed V.

The Carlton Centre is a skyscraper containing both offices and shopping facilities located in Johannesburg, South Africa. The skyscraper has 50 floors and has been the tallest office building in Africa since 1973.

The building has 50 floors above ground and 23 elevators. It was designed by an American architectural firm (Skidmore, Owings and Merrill) and it officially opened in 1974.

The building is 223m tall which is the equivalent to 732ft.

The Carlton Centre is linked to the Carlton Hotel by a below-ground shopping centre which contains more than 180 shops.