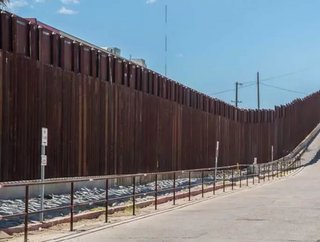 Although he decided to pull the US out of the Paris Climate Agreement (also known as the COP21), Trump’s business credentials have recently been bough...

Although he decided to pull the US out of the Paris Climate Agreement (also known as the COP21), Trump’s business credentials have recently been bought to the forefront with the notion of placing solar panels on the proposed border wall.

Originally stating that Mexico were to pay for the wall, which President Enrique Peña Nieto quickly rejected, Trump has now stated that the use of solar panelling will help provide cheap energy and support the funding of the wall.

Although the use of solar has been incorporated in a number of designs submitted, Trump has stated a rally in Cedar Rapids, Iowa that it is solely his idea, commenting, "Pretty good imagination, right? Good? My idea." The comment goes to suggest that Trump has either yet to look at the designs, or believes that he indeed is the first to make such a suggestion.

"We're thinking of something that's unique, we're talking about the southern border, lots of sun, lots of heat. We're thinking about building the wall as a solar wall, so it creates energy and pays for itself. And this way, Mexico will have to pay much less money, and that's good, right?" he added.

Within Trump’s election campaign, the proposed border wall was featured, in order to reduce the high levels of illegal immigration along the Mexican border. Since this time, the plans have been set in motion and approximately 20 companies have been shortlisted for their designs. It is unknown whether all companies who have been shortlisted will be announced, due to the controversy and revolt surrounding the construction of the wall itself.

To this effect, there has been no funding put aside for the project just yet, but Trump’s first year budget has proposed a $1.6 billion down payment on the project.