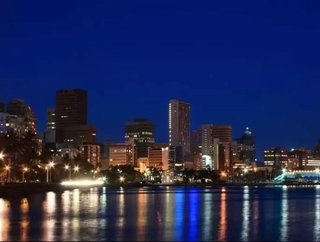 Global professional services consultancy Turner &amp; Townsend has been appointed to project manage a major refurbishment of the 5-star Hilton Hotel in...

The multiple award-winning hotel is undergoing a modernising programme over five phases – due to be completed by May 2017.

Turner & Townsend has been brought in at phase two to project manage the entire refurbishment. Work so far has included the lobby and restaurant, conversion of what was formerly a pub to a business lounge, ripping out fixtures and fittings, and restyling suites – including the Presidential Suite - with a fresh, new aesthetic feel, and overhaul of the executive lounge. Still to be completed are floors one to three, which includes refurbishment of the ballroom, meeting and business room levels.

The independent consultancy, which has led projects for the Hilton Hotel group in Abu Dhabi, Europe and America, has introduced a benchmarking schedule and policy to align the contractor with Hilton Hotel group expectations and quality standards.

This includes a rigorous snagging and de-snagging programme and policy to alleviate delays of phased room handovers to the Furniture, Fixtures and Equipment (FF&E) team to meet the hotel’s deadlines, occupancy requirements and stringent quality standards.

Marc Binns, Project Manager for Turner & Townsend, said: “The Durban Hilton Hotel project is not without its challenges. This is a working hotel with a high occupancy, which means that noise levels must be controlled and limited to certain hours, while contractors can only be on site from Mondays to Saturdays.”

Markus Fritze, General Manager for the Hilton Hotel, added: “The refurbishment is the first carried out since the Durban hotel opened in 1997 and was initiated in order to align it with the Hilton brand values and architecture, which have changed over the years.”