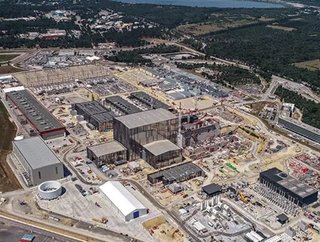 A Vinci-led team has completed civil engineering works on the high-spec building set to house the world’s largest fusion system, a ‘Tokamak’ capab...

A Vinci-led team has completed civil engineering works on the high-spec building set to house the world’s largest fusion system, a ‘Tokamak’ capable of replicating the sun’s energy.

ITER Organisation, the international organisation set up in November 2006 to operate and subsequently dismantle the ITER facility; Fusion For Energy (F4E), the European Union organisation responsible for the European contribution to the ITER programme; and Groupe VINCI, leader of the consortium in charge of constructing the main buildings at the site, announced completion of the civil engineering works at the Saint Paul lez Durance/Cadarache site in south-eastern France with a symbolic concrete pour.

Scientists hope the Tokamak will be able to start replicating the sun’s energy by the middle of the next decade.

With the on-time completion of the Tokamak Building civil engineering works, the metal frame of the roof can be installed and the ambitious First Plasma3 target in 2025 maintained.

The civil engineering project, which got under way in 2010, called for exceptional complex project management capabilities and cutting-edge expertise. The teams working within the VINCI-led consortium set up an efficient and agile project organisation enabling them to integrate all design changes requested by the ITER scientific teams as construction proceeded. The mobilisation of the VINCI design and works teams, the use of cutting-edge digital design tools and the complex project management expertise of the VINCI teams made this successful system possible.

“In deciding to take part in the leading construction of the particularly complex ITER buildings, VINCI undertook to help write a new chapter in one of the most ambitious and promising research programmes ever undertaken - a programme designed to reproduce on Earth the reactions that have been taking place in the heart of the Sun and stars for billions of years,” commented Bernard Bigot, Director-General of ITER Organisation.

“Its goal is to harness hydrogen fusion and thereby pave the way for a new era for all humanity by making available a massive source of energy that can be varied at will, is intrinsically safe and has no impact on the climate and the environment. This was a huge challenge to which the men and women at Vinci have been tenaciously and resourcefully rising for nearly a decade. We want to warmly thank Vinci for having been a highly capable, reliable partner sharing our objectives, our standards and our determination. The success of ITER will be theirs.”

“We are pleased to announce the completion, following a lengthy and complex process, of the civil engineering works for the main building that will house the ITER Tokamak, the world's largest fusion machine,” said Laurent Schmieder (F4E), who oversees the team in charge of building construction and electrical systems for the ITER project.

“Europe is the party responsible for building the infrastructure of this extremely ambitious programme. Our close collaboration with VINCI, its partners and more than 700 workers has enabled us to successfully finalise this stage of the project in compliance with the safety, security and quality requirements.”

“Vinci Construction and its partners Razel-Bec and Ferrovial are extremely proud of having carried out the ITER civil engineering works. ITER is a one-of-a-kind research programme in terms of its complexity, precision and size. It is an extraordinary human undertaking, but also a huge technical challenge, and we were constantly called on to innovate and expand our expertise,” addedJérôme Stubler, Chairman of Vinci Construction.

“With ITER, we are humbly helping to implement one of the greatest and most ambitious energy projects of our time, designed to make electricity available throughout the world without CO2emissions or radiological risk. For us, as a builder, it is a matter of great pride to have laid the cornerstone of a structure of such importance to humanity.”

The consortium in charge of construction of the main ITER buildings is led by Vinci via its subsidiaries Vinci Construction Grands Projets, Vinci Construction France and Dodin Campenon Bernard. It also includes the Ferrovial (Spain) and Razel-Bec (France) companies. The heavy nuclear doors were designed and produced by a Vinci Energies subsidiary, Cegelec, in partnership with Sommer (Germany). 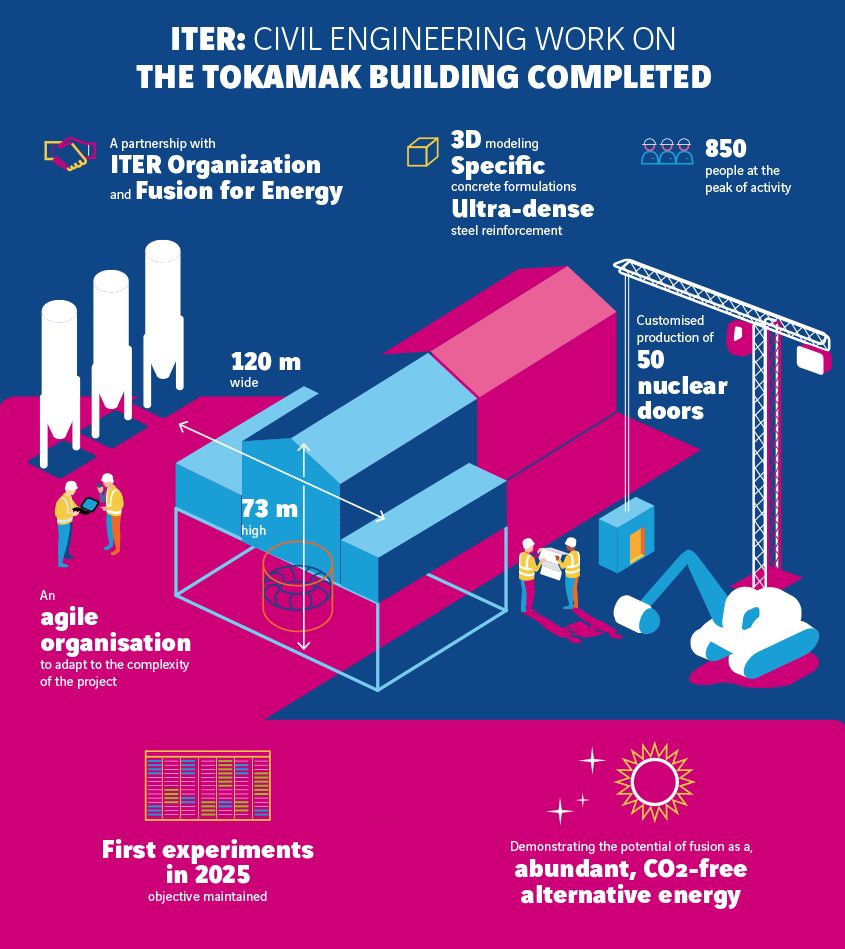