What is Hyperloop One? 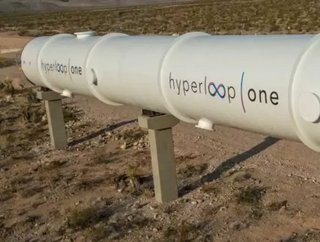 Since 2014, the concept of Hyperloop One has revolutionised the transport industry and will provide long-term benefits within growing cities, with curre...

Since 2014, the concept of Hyperloop One has revolutionised the transport industry and will provide long-term benefits within growing cities, with current infrastructures which are struggling to cope with growing populations worldwide.

The Hyperloop One is high-speed transportation system, which will reduce waiting times and delays within travel times. In an interview, Musk describes the system as “a low-pressure tube with a pod in it, that runs on air skis, with an air compressor on the front that’s taking the high-pressure air build up on the nose and pumping it through the air skis.”

A very vague description, but one which has got engineers excited. With the concept of the Hyperloop, passengers would sit in a pressurised pod and travel through a tube, where the average speed of travel would reach airline speeds of up to 900km per hour, reducing times of travel significantly. However, the system could reach top speeds of over 1000km per hour.

3km test tracks for the Hyperloop One are currently being built in Nevada to see what elements work or need to be redesigned to ensure the system runs efficiently and will deliver continual advantages.

Although the concept is the brainchild of CEO of Space X Elon Musk, he has outsourced the idea to engineering, design and building teams to get the wheels in motion and ensure the system can be fully tested in early 2017.

On their website, it is stated: “We're developing routes in five countries. The goal is to be moving cargo by 2020 and passengers by 2021.”

With regards to sustainability, the build is cheaper to construct than high-profile transportation networks, such as the proposed California high-speed railway, which will appeal to commuters who wish for transportation systems to be efficient, environmentally friendly and utilised at low cost. The build would utilise solar power, where it will then generate more power than it consumes.

Dubai has now also followed suit by viewing the benefits of Hyperloop One, signing an agreement to utilise the transport, reducing the time of travel from Dubai to Abu Dhabi.