World of Concrete 2016 king has been crowned 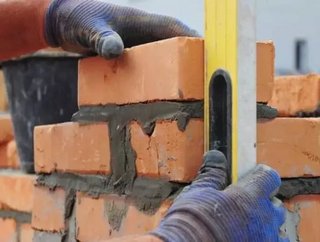 In an annual competition held in Las Vegas, US, thecoveted &#39;best bricklayer in the world&#39; award has been announced at World of Concrete 2016. T...

In an annual competition held in Las Vegas, US, the coveted 'best bricklayer in the world' award has been announced at World of Concrete 2016.

The contest involves building a 26-foot, eight-inch double-wythe brick wall of at least 500 bricks as high as possible. Judging is based not only on brick numbers but quality of masonry. Points can be deducted for sloppy work.

After a gruelling hour-long contest which had 24 international teams pitting their skills against one another, Scott Tuttle from Quick Trowel Masonry in Clearfield, Utah, was named winner of the Spec Mix Bricklayer 500 award. Tuttle had previously won the same competition in 2015 at Salt Lake City, and his award for this year's contest was a 2016 Ford F-250 XLT 4x4 pickup truck.

Not involved in the contest but featured at the event was a semi-autonomous mason from Construction Robotics, named the SAM100. While the robot still required a tender, it could lay bricks long after its human counterparts had finished, but it could not keep up speed-wise; however, machines like this could well become prevelent in the near future of construction.