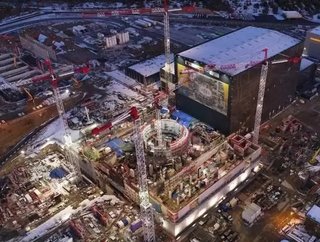 Assystem, has been awarded the contract for the final design phase 1 and prototype testing of the Divertor Remote Handling System (DRHS) for the ITER pr...

Assystem, has been awarded the contract for the final design phase 1 and prototype testing of the Divertor Remote Handling System (DRHS) for the ITER project, the world’s largest fusion energy device being constructed in Cadarache, France.

The DRHS is one of the first remote handling systems to be provided as part of the European contribution to ITER by Fusion For Energy (F4E), the EU organisation responsible for Europe’s involvement in the project. The DRHS design pioneers the application of industrial expertise to fusion projects including systems engineering approach, design for safety, rescue and recovery and reliability including radiation hardening.

“The Divertor Remote Handling System is an essential tool for maintaining ITER,” said Stephen McTeer, Technical Leader. “This will be the largest fusion device ever developed. It is a harsh irradiated environment requiring regular maintenance and once it begins deuterium-tritium operations in 2035, the only safe way of entering the reactor will be with remotely operated machines and tools.”

Successful production of electricity through fusion has been elusive for decades, but ITER is projected to achieve first plasma by 2025 by replicating the process which powers the sun. The DRHS forms a crucial part of this larger ambition, and therefore represents an exciting opportunity to work on a ground-breaking project which has the potential to revolutionise energy production.

Success to date has been the result of a blend of academic and industrial experience, as well as collaboration with European partner organisations such as RACE (UK), Tamlink (Finland) and Wälischmiller (Germany). Over the course of 2020, Assystem will be expanding the DRHS team in preparation for full Final Design starting in Q1 2021.

“The technical complexity of the DRHS project is simultaneously challenging and rewarding,” says Stephen McTeer. “It’s the kind of opportunity that only presents itself once-in-a-lifetime and therefore is hugely significant in terms of developing the next generation of fusion engineers.”

Assystem, the world’s second largest nuclear engineering organisation with UK headquarters in Blackburn, successfully completed the preliminary design of the DRHS in the first quarter of 2019.

Assystem is an international engineering group. As a key participant in the industry for over 50 years, the Group supports its clients in managing their capital expenditure throughout their asset life cycles.