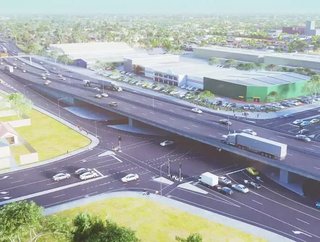 The Morrison and Marshall Governments of South Australia have announced the successful tenderer for the major works contract on the $247mn, North-South...

The Morrison and Marshall Governments of South Australia have announced the successful tenderer for the major works contract on the $247mn, North-South Corridor, Regency Road to Pym Street Project.

Main construction works for the upgrade are expected to commence in late 2019, with completion expected in 2022. It’s anticipated that the project will support an average of 210 full time equivalent jobs per year, over its lifetime.

Minister for Cities, Urban Infrastructure and Population Alan Tudge said that this project is the final missing link of the North-South Corridor between Gawler and the River Torrens.

“When complete, will deliver efficient and reliable travel for up to 53,000 vehicles per day on this section of South Road, by removing the need to travel through two signalised intersections,” he said.

The Federal Government has invested $3.7bn in infrastructure and transport across South Australia.

Minister for Transport, Infrastructure and Local Government Stephan Knoll said this section of the North-South Corridor formed part of the $8.4bn infrastructure pipeline announce in the Marshall Government’s 2019-20 State Budget.

‘We are building congestion busting infrastructure that will cut travel times, make our roads safer and also secure construction jobs into the future.”

The Australian and South Australian Governments are jointly funding the project as part of their overall commitment to build a non-stop 78-kilometre North-South Corridor between Gawler and Old Noarlunga.

McConnell Dowell Constructors (Aust) Pty Ltd, Mott MacDonald Australia Pty Ltd and Arup Group Pty Ltd, are currently working together on the delivery of the Oaklands Crossing Grade Separation Project and have previously been involved in the delivery of large-scale infrastructure projects in South Australia.