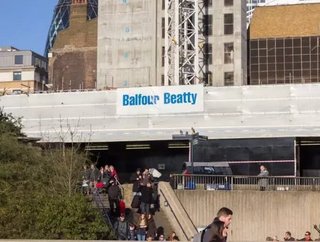 The British infrastructure company, Balfour Beatty, has released its full-year results from 2017. The firm has noted its underlying profits from operat...

The British infrastructure company, Balfour Beatty, has released its full-year results from 2017.

The director’s valuation of investment portfolio remained the same as last year’s numbers, at £1.2bn ($1.7bn).

The firm also announced its recommended final dividend of 2.4 pence (3.4 cents) per share, hitting 3.6 pence (5.02 cents) per share for the full year, a rise of 0.9 pence from the previous year.

“The Group has been repositioned to drive sustainable growth in profits, underpinned by a strong balance sheet.”

“It has the right culture and capabilities to capitalise on the rising tide of infrastructure spend in our chosen markets.”

“As a result of Build to Last, and the governance and controls now in place, we remain on track to achieve industry-standard margins in the second half of 2018.”

“In the medium term, we are building a Group capable of delivering market-leading performance.”