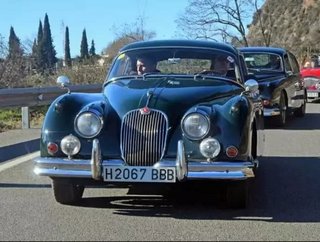 It has recently been announced that Barcelona aims to eliminate all cars which are older than 20 years on its roads on weekdays, which is set to be impl...

It has recently been announced that Barcelona aims to eliminate all cars which are older than 20 years on its roads on weekdays, which is set to be implemented in 2019, and has also been spread to the 39 close-knit boroughs. The city aims to not only reduce the number of drivers which enter the city, but also to effectively cut emissions by 30 percent over the next 15 years to improve the air quality within the city.

From 1 January 2019, all cars registered before 1999 and vans before 1996 will be eliminated from the city. The ban will create a significant impact for over 100,000 vehicles and 20,000 van users, according to the city council, accounting for 16 percent of the city’s vehicles.In order to counteract this, free public transportation will be afforded to individuals who forfeit their vehicles for three years. It has been reported that high pollution levels in the city cause 3,500 premature deaths each year in the capital.

However, although the ban has just under two years to come into fruition, many citizens have shown increased dissatisfaction. El Pas Catalonia has reported that individuals have stated, “Am I supposed to buy another car” and “Whoever has a car of more than twenty years is because he cannot have another, it seems we are all rich”.

Nonetheless, the council has issued a statement, commenting that their goal, in partnership with the government, is “to reduce emissions by 10 percent over the next five years to gradually reach the levels recommended by the World Health Organisation and accelerate the adoption of more intensive local measures in order to reach the levels set by the EU before 2020.” The city’s neighbour, Munich has also been ordered by Bavaria’s highest court to create a “clean air” strategy, eliminating diesel cars if required.

The prospect of reducing carbon emissions and improving air quality through eliminating older vehicles, especially diesel is becoming increasingly apparent all over Europe. London is also launching a toxicity charge for vehicles which enter the city in cars which emit increased emissions this October.

Such influence is also being felt across the pond. Boston is placing significant investment within its transportation systems through over 50 projects, at a total cost of $4.7 billion. The city’s 2030 Vision will transform and strengthen the city’s existing infrastructures and provide a boost to the local economy, according to the Boston Business Journal.  The project incorporates the use of increased public transport and sustainable initiatives, with a growing number of cycle paths and use of car-sharing.