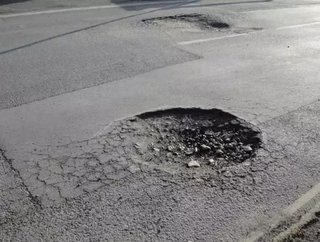 Like the roads and bridges we drive on, our states transportation financing policy is in a state of collapse.In Washington, DC, legislatorswent down to...

Like the roads and bridges we drive on, our state’s transportation financing policy is in a state of collapse.

If that weren’t bad enough, in California we face our own funding issues. The successful $20 billion Prop 1B bond program that financed many projects over the last few years has ended and Caltrans has projected a $290 billion shortfall through 2020 for the maintenance and expansion of the state’s roads and highways. Future state and federal revenue for transportation improvements is expected to drop by 40 percent, compared to the levels of the last five years.

So, here’s the dilemma:  in order to grow our economy in a sustainable way, we need good roads and highways – to carry goods and our growing population.  Roads need constant maintenance and, as our population grows, more cars use those roads, traffic patterns change and require new road solutions. How do we pay for them?

“Build California Better,“ a white paper just released by ACEC California, addresses this issue and looks at alternative paths California may take to keep our roads and highways in the condition needed to support further economic growth.

Key to the issue is understanding the state gas tax, which was conceived to help finance road maintenance and improvements.  Gas tax revenue however, hasn’t kept pace with inflation and is actually on the decline as more Californians drive vehicles with greater fuel efficiency or, increasingly, no dependence on gas at all: in 2010 there were just two models of electric car on the market, today there are more than 20.

So, an increase in the gas tax – viewed as political suicide by many – isn’t even a long term guarantee that the state will take in more revenue.  As more Californians adopt hybrid or electric technology, fewer will purchase gas.

It’s time for some ‘outside-the-box’ thinking on this issue.  The purpose of “Build California Better” is to promote that kind of thinking, enhance discussion and, hopefully, encourage our state’s politicians and visionaries to deliver a long term, sustainable funding plan for our transportation infrastructure.

Look out for September's Construction Global magazine, which examines America's infrastructure problems and the new Build America Investment Initiative that seeks to address them.