Digital manufacturing in the construction industry 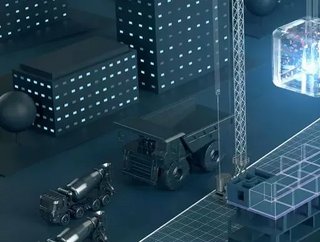 Construction Global examines the ways in which digital manufacturing can benefit the industry...

Digitisation is the megatrend that has shaped the past decade, and will continue to transform the shape of our societies as we progress towards the future. In every market and vertical, digital transformation is reimagining the way we gather and interpret information, organise and deploy resources, and perform complex tasks. However, in spite of the radical changes that have completely reformed the entertainment, healthcare, logistics and many more industries, the construction sector remains relatively far behind the curve when it comes to digital adoption.

In some ways, this isn’t at all surprising. The construction industry is almost as old as human civilisation itself, and has played a central role in the identity of those civilisations over thousands of years. “Despite its fundamental impact on our way of life, our approach to construction has changed little over the ages,” notes a report by The B1M. Construction is an industry steeped in tradition, from organisational techniques to building supplies.

As Industry 4.0 takes an increasingly firm grip on other verticals around the world, the construction sector is, by and large, a follower. A 2019 report from construction firm Kreo noted that construction technology and productivity have been flat for ages, and that fewer than 10% of the respondents from a recent survey in the US believed their construction companies’ technology to be cutting edge. However, the relatively slow pace of digitisation across the construction sector is not for lack of awareness. Another report by global consultancy Roland Berger (this time focused on the German construction industry - which is one of the most advanced in the world) asserts that: “Clearly, the industry is aware of the importance of the megatrend toward digitisation. The problem lies rather with implementation,” and noted that “according to one study by the Association of German Chambers of Commerce and Industry (DIHK), 93% of companies agree that digitisation will influence every one of their processes.”

In many ways, the global construction industry has operated in much the same ways for hundreds of years. The world’s most common building materials have been a part of our structures for millennia, and many markets still rely on cheap, low-skill manual labour as an alternative to more modern solutions. The nature of construction projects and the way that they’re typically organised also creates problems, as we’ll explore. In short, in addition to the usual problems that can plague a digital transformation (like unclear goals, failed integrations, uncooperative workforces) there are elements of the construction sector itself that are uniquely opposed to sweeping digital transformation, which go a long way towards explaining why the sector is stuck in an analogue age.

Global consultancy McKinsey also released a report last year, which claimed that the construction (and engineering) sectors were some of the least digitised in the world. However, the report also noted that the difficulties are understandable. “The typical construction project involves a multitude of independent subcontractors and suppliers, which have little incentive to embrace new methods during the brief periods when they are on the job,” the report's authors observed. “Projects vary greatly, so [construction] companies often struggle to develop tools and methods they can apply repeatedly. Limited R&D budgets prevent […] businesses from spending as much on digital as companies in other sectors do. And construction work often takes place in remote, harsh environments that are not well suited to hardware and software developed for the office. It is no wonder, then, that many […] businesses end up with little to show for their technology investments.”

These challenges can be broken down into four major factors which obstruct digital adoption: fragmentation, which refers to the fact that construction projects are usually highly siloed along the value chain, with many small groups of contractors working on projects without too much regard for the larger organisational structure; uniqueness, reflecting the old adage that no man steps in the same river twice, meaning that construction projects are almost always one-of-a-kind due to the number of contextual variables in play; transience, which refers to the fact that most construction projects bring together a team of diverse specialists which then go their separate ways upon completion, making continuity and long-term training a challenge; and decentralisation, which is an internal reflection of the fragmentation across construction projects, meaning most construction companies are “highly federated”, with multiple internal siloes.

If construction companies are to realise the kind of sweeping, sustainable digital transformations that will produce long-term value, these pain points need to be addressed. “Higher profit margins, reduced cost, time efficiency, better collaboration, and productivity – digital technology does influence the construction industry in a way it never did before,” concludes the report from Kreo. “Implementing it is not a choice; it’s slowly becoming a necessity.”

One of the core technologies driving transformation across the construction industry is Building Information Modeling (BIM). Simply put, BIM is an intelligent, model-based process that allows architects, engineers and construction professions to work collaboratively on 3D rendered models of building projects. The fact that the functional and aesthetic components of a design can be present in the same model, with input from professionals and companies fulfilling different functions, goes a long way towards demolishing the siloed methodology that prevents many construction projects from fully utilising digital tools.

In construction, digital manufacturing’s primary benefit is the ability to move elements of construction off-site and into controlled environments. These controlled spaces allow for the introduction of manufacturing lines, AI-powered automation and more stringent quality control. Off-site assembly also reduces the amount of time that a project spends on-site, which cuts down on overhead costs and helps minimise environmental disruption. One method in particular, centred around a component-based approach to prefabricated construction elements, allows construction operators to draw from a pre-designed kit of parts that helps increase standardisation across multiple projects. The concept of off-site prefabrication is by no means new to the industry, but advances in automation and digital manufacturing technologies are pushing the practice to the fore, in response to skilled labour shortages, rising populations and the growing need for urban residential and commercial development.

UK and Belarusian-based software developer Kreo was founded in 2017 and has spent the last three years creating solutions for the Architecture, Engineering and Contractor industries to better collaborate and visualise the construction process.