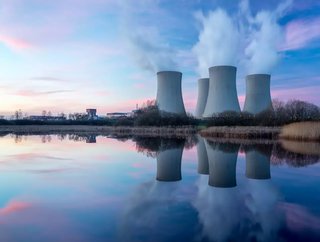 Engineering and construction firm SNC-Lavalin has announced that it is one of the founding members of the Group of Vienna, an initiative including the heads of the International Atomic Energy Agency (IAEA) and more than a dozen leading companies in the nuclear industry, working together to foster the role of nuclear technology in addressing some of the world’s most pressing challenges. The group held its inaugural meeting on Wednesday, September 22, 2021, during the IAEA’s annual General Conference in Vienna, Austria.

Sandy Taylor, President, Nuclear, SNC-Lavalin“We are honored to be part of such a prominent group of leaders in the nuclear industry who recognise the role of nuclear power in addressing our climate crisis.

“We look forward to contributing our knowledge and expertise to help support IAEA’s mission to accelerate and enlarge the contribution of nuclear technologies to meeting environmental, social, and economic goals, and to improve the health and well-being of people,” Taylor said.

The Group of Vienna

The Group of Vienna aims to provide a high-level platform for regular discussions between the autonomous Vienna-based U.N. agency and industry on important developments and innovations in the nuclear field and how such tools can be harnessed more effectively to realise their full potential, for example in the much-needed clean energy transition. Participants will work to ensure the importance of nuclear technology is widely recognised and explore how the private sector and investors can partner with the IAEA in bolstering the deployment of nuclear energy for peaceful purposes.

Nuclear power is a key driver in the shift towards clean and modern energy generation and it can be part of the solution to the climate crisis. As a reliable and sustainable source of low-carbon energy, it has an important role to play in the increasingly urgent efforts to limit a relentless rise in temperatures causing more frequent extreme weather events. By providing continuous and dispatchable electricity, nuclear power ensures stability to electrical grids, further enabling the deployment of variable renewable energy sources such as solar and wind. Nuclear techniques are also applied to strengthen food security and human health, as well as improve water and soil management and protection, address plastic pollution, and fight disease-carrying insect pests.