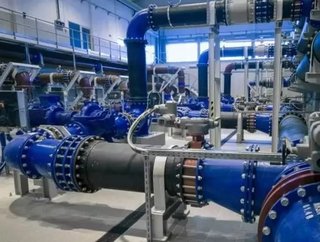 PLW Waterworks, owned by Ferrovial Agroman subsidiaries Webber and Cadagua, has been selected to participate in the construction of twowater treatment p...

PLW Waterworks, owned by Ferrovial Agroman subsidiaries Webber and Cadagua, has been selected to participate in the construction of two water treatment plants in Texas with a combined value of $312mn.

The company will execute two contracts as part of the project to expand Houston’s Northeast Water Purification Plant. PLW Waterworks will install more than 37,000 linear meters of underground pipelines and build a new treated water pumping station, with a capacity of 1.21 million cubic meters per day.

Those contracts, together worth $192mn, are expected to be completed in 2024. The expansion of Houston’s Northeast Water Purification Plant is the largest design and construction project under way in this industry in the United States. When completed, the plant will serve over 2 million people.

PLW Waterworks will also build a surface water treatment plant in the city of Pearland, south of Houston, for $120mn. The work includes executing pre-sedimentation and processing facilities, pumping stations and pipelines. The plant, which will serve a population of 75,000, is expected to be ready in 2023.

In 2016, Ferrovial, through Webber, acquired Pepper Lawson with the intention of expanding in the water business in the United States. Cadagua has also strengthened its presence in the country with several projects, such as upgrading a wastewater treatment plant in the municipality of Trophy Club and a drinking water treatment plant in Corpus Christi, both in Texas.